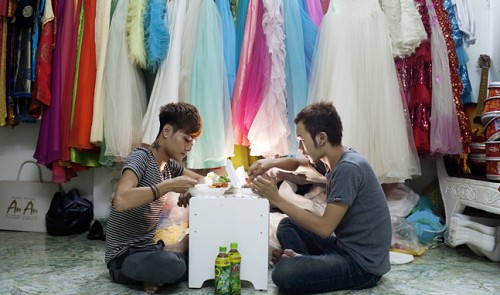 While the Health Ministry and some other agencies have suggested that same-sex marriage be allowed by law, both Hanoi People’s Committee and the Thanh Hoa City Justice Department propose it be ruled out. The two agencies made the proposal in giving their feedback to the Ministry of Justice about how the Law on Marriage and Family should be amended to fit current times. Accordingly, the agencies demanded that the law should continue banning marriage between homosexuals. Hanoi authorities argued that same-sex marriage is against nature, is not appropriate with the nation’s habits and customs, and does not serve an important purpose in marriage: giving birth to maintain the continuity of a family line. Currently, the public’s knowledge of homosexuality is very limited. Most people have an incorrect or insufficient understanding of homosexuality.

Therefore, the ban on same-sex marriage should be maintained, the authorities said. Similarly, the Thanh Hoa City Justice Department said in a report to the Justice Ministry that marriage between homosexuals is against the sustainable development rule of society, since it does not ensure the family’s function of maintenance of race. The department’s statement is in line with Article 10 of the current law that outlines cases in which marriage is banned.

The prohibition is based on the grounds that same-sex marriage is against nature, does not serve the family’s function of maintenance of race, and is detrimental to the normal psychological and physiological development of children adopted by same-sex couples.Human right Meanwhile, the Health Ministry has argued that homosexuals, like any other citizens, have the right to have their birth and death certified, to get married, and to go to school, as well as other rights and obligations to the State and society. However, because they have not yet been recognized by law, most homosexuals face discrimination from their families and society. They are even forced to go into mental hospitals for treatment because their orientation is sometimes viewed as a mental disease.

The law should have a regulation to ensure homosexuals’ marriage and family and to ban any intervention into the family life of same-sex couples.

The Institute for Prosecution Sciences under the Supreme People's Procuracy also proposed that the law should not interfere with the cohabitation of homosexuals.