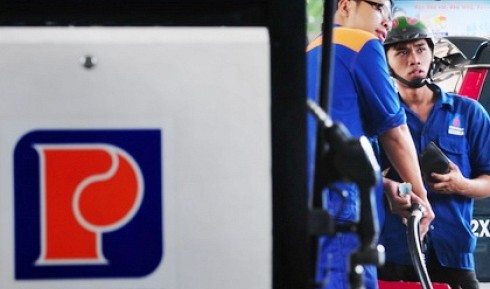 The statement Vietnam’s largest fuel wholesaler, Petrolimex, made earlier this week that its VND388 billion (US$18.3 million) pre-tax profit in the first half of this year is modest, has angered experts and consumers.

According to Petrolimex’s financial report, total profits in the first six months of this year were VND898.32 billion, VND388.22 billion of which came from fuel trading.

The company’s chief executives once said its earnings are not big, as the average net income it enjoys on every liter of fuel is only VND94.

At a press briefing on Tuesday, Vo Van Quyen, head of the Domestic Market Agency under the Ministry of Industry and Trade, also said Petrolimex should have posted a whopping profit of VND1.2 trillion, given the total fuel import turnovers of 4.1 million tons in six months.

Quyen said the $18.3 million profit is nothing compared to Petrolimex’s registered capital and revenues, even suggesting that the wholesaler would have raked in bigger profits had it put the expense for fuel trading business in bank deposits.

However, experts have criticized that it is illogical to use the earnings of a single business activity in calculating the return on equity ratio for a multi-sector company like Petrolimex, which does not only trade fuel but also operates in a number of other industries, from transport to insurance.

Other insiders said it is also unreasonable to compare profits from the fuel sector with others, as fuel is included in the group of commodities under the price stabilization program of the government.

Petrolimex chiefs and the industry and trade official are not satisfied with the profits, as it is currently stipulated that fuel wholesalers enjoy a ‘default profit’ of VND300 per liter, according to a circular by the finance ministry.

This means that when buying a liter of gasoline, consumers are forced to pay VND300 worth of profit for the wholesalers, no matter what the current retail prices are.

However, Petrolimex only managed a real average profit of VND94 per liter for of a number of reasons, including their weak corporate management, according to an insider.

Many experts have blasted the ‘default profit’ policy, saying it will kill the motivation of competition in wholesalers.

“Wholesalers are happy as consumers will have to pay them the VND300 profit no matter what,” said Nguyen Ngoc Son, from the Ho Chi Minh City University of Economics and Law.

Son said the default profit is too high, as even with a profit of only VND94 a liter, the Petrolimex’s total earnings are already $18 million.

Consumers too are angered by what they call an unreasonable policy.

“So on which ground have they set the profit at VND300 per liter?” asked a reader named Tran Van Hao, who wrote to Tuoi Tre.

“Thanks to this policy, fuel wholesalers do not need to worry about their business effectiveness as whatever happens, they still have the default profit,” he wrote, adding that the consumers are those who are most disadvantaged by the fuel monopoly.