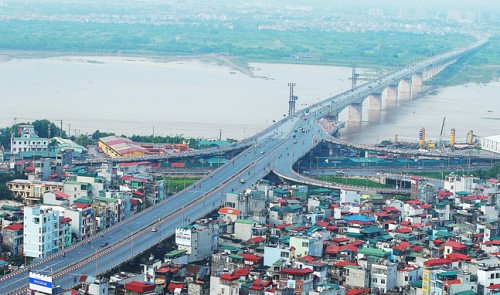 As of the end of 2011, 63 provinces and cities across Vietnam owed a combined VND91 trillion (US$4.29 billion) in payment arrears to construction companies over basic construction projects, the State Audit of Vietnam has reported.

The massive debts have exacerbated the hardship of many constructors, sending some to the verge of bankruptcy, and workers to unemployment, commented Dr. Tran Dinh Thien, head of the Vietnam Economic Institute. “These arrears are the root of bad debts in the economy, causing difficulties for both the government and local businesses,” he said.

The finance ministry, meanwhile described the arrears as “multi-layer debts,” in which the government first failed to pay business A, which in turn did not have money to pay its partner B, and so on. At the end of the debt series, employees would not be paid, while the businesses also failed to clear bank loans due to the lack of money initiated from the failure to pay of the localities whose projects they were working on.

According to a recent report by the Labor Union of the transport ministry, 3,200 people from 98 companies have lost their jobs, while the total unpaid labor wages as of the end of June were VND160 billion.

The main reason behind this bitter fact is that the localities have failed to clear payments with businesses even when their projects were finished, while many others projects have been stopped halfway due to the capital shortage.

Another statistic from the transport ministry reveals that there are as many as 200 projects whose constructors have yet to receive a combined VND2 trillion worth of payments.

A representative of Cienco 1 said it has yet to receive payment from a locality three years after finishing a project there. Meanwhile, Pham Dinh Hanh, director of Nghe An-based Hoa Hiep Co Ltd, said the government owes his company VND40 billion.

“Most of the businesses’ capital is from bank loans, so the late payment from the localities is a big dead to them,” he lamented.

No aid from state budget

The Ministry of Finance has asserted that the localities have to find their own way to clear the arrears and the state budget will not handle the issue.

The Prime Minister has recently ordered that these local governments manage to clear at least 30 percent of the debts every year, in order to completely settle the issue by 2015.

Meanwhile, Bui Ha, chief of the General Department for National Economy under the investment and planning ministry, said the audit statistics were compiled in 2011, while in fact the localities have cleared parts of their debts. Ha said the current amount is only some VND40 trillion.

Deputy Finance Minister Pham Si Danh said his ministry has ordered the provinces and cities with large payment arrears to stop beginning new projects in order to focus on settling the debt issues.

The localities are also required to earmark capital for new projects only when they can afford enough money to clear the arrears, Danh said.