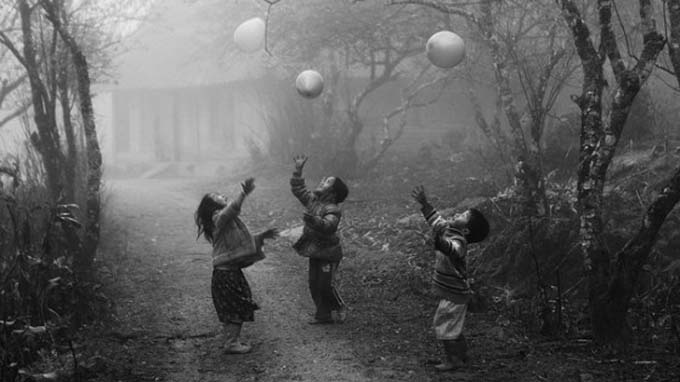 The competition was organized by the Greek office of the international organization "World Without Wars and Violence," the Greek National Commission of UNESCO and the International Federation of Photographic Art (FIAP). It attracted 830 photos by 317 photographers from 62 countries across the globe.

According to the organizers, this contest is an opportunity for people to think, discuss and act by joining forces to allow more children to have access to basic rights: food, shelter, health, education, water, play, freedom of expression.

Together with Nguyen Vu Phuoc and Vo Anh Kiet, another photographer from Vietnam, Hoang Ngoc Thach, has also received the bronze medal at the Creative category of the contest.