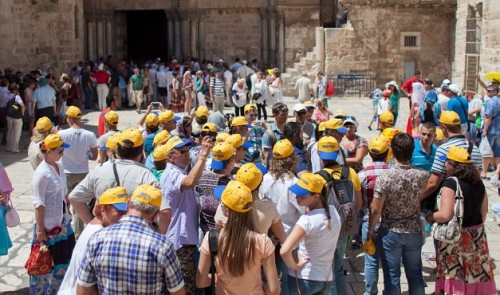 Vietnam National Administration of Tourism has raised the alarm on the increasing number of Vietnamese tourists attempting to illegally stay in Israel during their tours, and have asked travel agencies to curb the phenomenon.

The tourists had bought travel packages to Israel from the tour organizers in Vietnam. But shortly after arrival in Israel, these tourists left the tour  in an attempt to illegally stay in the country, the VNAT said in a post on its website on Monday.

These illegal immigrants have created problems for authorities of both Vietnam and Israel in seeking them out and repatriating them back to their home country, the VNAT said, citing a document signed by its deputy chief Nguyen Manh Cuong.

In a bid to curb the phenomenon, the VNAT requested that Vietnamese tour organizers strictly check the information of their customers before selling the Israel package to them.

The check should be particularly conducted with those hailing from localities where illegal stay cases have been reported such as Nghe An, Ha Tinh, or Hai Duong.

The travel firms are advised to report to authorities should they detect any suspicion.

The VNAT request came after the groups of 21 Vietnamese tourists have reportedly “gone missing” after they arrived in Israel late last year.

One of the three groups had all of its 15 tourists -- who bought a package to travel in Israel from December 1 to 8 -- ran away without even getting their passports back from the tour guide, a representative of the Vietnamese Embassy in Israel spoke to Tuoi Tre.

Four out of the 21 Vietnamese nationals attempting to illegally stay in Israel have been arrested and deported immediately after that, while the remaining are still at large.

The envoy also said it is likely that the tourists will leave Israel for another country.