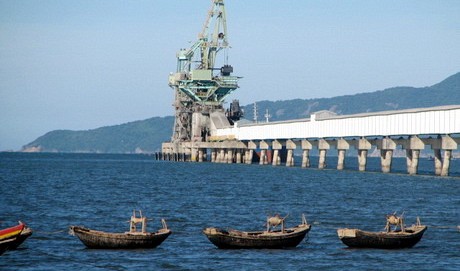 A Korean man who directed a company to build a seaport for an economic project in central Vietnam was found dead on Sunday, with the cause of death still unknown. Choi Hoan Houck, the 37-year-old managing director of Chosok Development and Construction Co Ltd in Thanh Hoa Province’s Tinh Gia District, was discovered passing out in a chair in the accommodation and service area of the Nghi Son Refinery and Petrolimex Complex Refinery at 1:00 am on March 16. Some employees of the company immediately took Choi to the Tinh Gia District General Hospital for emergency aid, but doctors said the man had died before hospitalization.  Choi’s company is building a deep-sea port as a sub-contractor of two other contractors for the Nghi Son Economic Zone Project in the province. Local police are coordinating with competent agencies to perform an autopsy on the victim to identify the cause of his death.