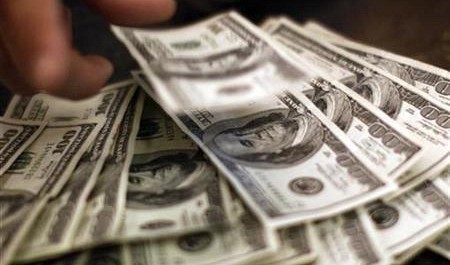 The Ministry of Public Security has proposed that the Supreme People’s Procuracy prosecute five former police officers on different charges in a case that involved taking VND2 billion (US$94,000) from a criminal; these charges include abuse of their position and power to appropriate property. The five ex-police officers are Nguyen Viet Hoa, 38, Nguyen Duc Chinh, 28, Ho Anh Luu, 29, Ha Huy Hoang, 27, and Nguyen Huy Thang, 27. Hoa, Chinh and Thang have been charged with appropriating the money from Tran Van Hung, a criminal.   Of these ex-cops, only Thang belonged to the police department in the northern province of Ninh Binh, while the others were from the police department in the northern province of Thai Nguyen. According to the case file, on March 19, 2012, Hoa, Chinh, and Thang, acting on a tip-off, seized Hung on charges of murder and illegal use of weapons at a house in Bich Dao Ward, Ninh Binh. The house belongs to Dinh Thi Thanh Loan, Hung’s de facto wife. When confronted by the police, Hung offered VND2.5 billion ($118,000) to Hoa, asking for a pardon, but Hoa said he could not accept the bribe, as he had already reported the arrest to his superior. Hoa later suggested that he could help Hung by arranging a false case in which Hung handed himself in to police and be detained elsewhere to prevent Loan from being involved in his arrest. In return for the help, Hoa demanded that Hung pay him the VND2.5 billion, but Hung said he could only give him VND2 billion. Hoa first refused but later agreed to the VND2 billion offer, of which he then gave VND150 million to Chinh and VND100 million to Thang. After that Hung reported the bribery to the police, who launched an investigation that led to the arrest of all three corrupt officers. After being captured, Hoa managed to contact his friend Phan Van Chien, 46, to incite Loan to retract the testimony she had given police to help conceal Hoa’s offenses. Chien also encouraged Loan to flee from her residence to avoid being questioned by police. He attempted to plant bombs at the house of the investigator who was in charge of the case as well. Hoa asked his two ex-colleagues, Luu and Hoang, to write letters in the name of Loan to falsely accuse investigators of exporting depositions from Loan, applying corporal punishment on her, and arranging for a collusion between Loan and Hung to charge Hoa with appropriating VND2 billion from Hung. Such letters were sent to many agencies, including the Ninh Binh Province police department, the Ministry of Public Security, and the Supreme People’s Procuracy. Hoa even asked his accomplices to kill Loan if she refused to help him. The above acts by Hoa and his accessories were later discovered by investigators. Besides the five ex-police officers, the police also proposed that the Supreme People’s Procuracy prosecute Chien and two other defendants: Tran Van Huu (Hung’s brother), 42, and Hoang Van Luan, 70, who helped Hung hide from police while they were searching for him. The two other officers and Chien, Huu, and Luan have been charged with many offenses, including offering and receiving bribes; bribing or coercing other people to make false declarations or to supply untrue documents; slander; concealing offences; and making false declarations or supplying false documents.