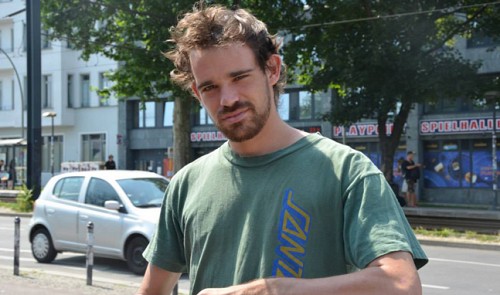 Much has been written, especially of late, on the erratic and confusing nature of Vietnamese traffic law and culture. This is something I have long ago sorted out in my head and I have resigned myself to the roads here. Now, I’m but another expat on a Honda Wave, inching through the madness at 5:00 pm or careening down Nguyen Thi Minh Khai before the break of day. Admittedly, I use the sidewalks to my advantage and I often tread up one ways to save time because this kind of behavior on a motorbike seems to be accepted here in Ho Chi Minh City.

While it can produce temporary headaches and occasional accidents, the chaos maintains a harmony that is nothing short of remarkable considering the sheer volume of motorbikes on the road. However, if we want to talk about reforming the traffic in the city and call it a “problem,” where do we begin? Do we talk about missing mirrors or the lack of turn signals or do we focus on the arbitrary right-of-way laws that are engrained in the traffic system? I think it’s safe to say there’s no single way to change everything, but I do think there are ways to ease the pain, so to speak. We could start with noise pollution. That’s right, could we all calm down with the horns please?

To me, honking a horn can mean one of three things: you’re in my way and I want you to move, I’m coming towards you and you may not see me so here I am warning you, or the friendly ‘hello’ as you pass an acquaintance. In this southern hub, there must be more.

As a safety issue, I get it – you’re trying to pass someone and you want to let them know you are coming in strong to their left. However, the roads are full of people trying to pass each other and this sometimes results in a whole lot of honking and very little passing. Other times people sit in standstill traffic and honk aimlessly. They seem to forget they are honking until the light blinks green.

Perhaps the biggest players in the game of Ho Chi Minh City noise pollution are the taxis. They are awful. We all understand that taxis and cars belong in the left lane, but then again who follows the rules anyway? Taxis feel that it is their right to remind motorbikes that they are in the wrong lane even if they are a safe distance away. There is nothing worse than being trailed by a Vinasun under the control of a happy-handed driver. As they fade further away in the rearview mirror, their shrill cries for justice shriek on.

In America, if you honk at someone then there is a problem. You’re angry at them and demand explanation. It’s rare but not impossible to see verbal or even physical fights that begin with a feisty exchange of horns. So you can imagine that the transition from this to the all out free-for-all volley of horn blasts can be quite disorienting.

Keep in mind that the culture of honking in America has its variances. Some cities are more liberal behind the wheel, while others subject drivers to fines for unnecessary honking in certain parts of town. The UK as well delivers different views on this kind of noise. Honking in general is seen as very disrespectful unless absolutely necessary although I’m sure they too have their noisier cities. Needless to say, the West has no city that comes close to matching the frenzied racket of Ho Chi Minh City.

To pursue solutions to the problem is difficult because the problem brings us back to this city’s hazy traffic laws. The laws, or lack of laws, support the notion that every driver has the right-of-way. If you have the right to cut someone off while traveling the wrong way up a one-way street then what don’t you have the right to do? Honk your horn while doing so? I don’t think so.

While it is not uncommon that the abrasive barking of a Vinsaun taxi horn makes me want to drive my motorbike off the Saigon Bridge, the madness does make me smile sometimes. For instance, when I was cut off by a man whose horn has become worn out after years of overuse and the sound was thus reduced to that of a choking chicken, I couldn’t help but giggle. Better yet, I remember driving home once on a deserted road in District 3. A man came cruising by in the other direction with a broom in one hand, the bristles pointed towards the sky. His horn sounded on and off as he approached me and continued like this all the way down the street. Was he celebrating the victory of his favorite football club? Honking in a blind rage? Expressing his wild love for life in a series of disjointed beeps? I don’t know. Nothing was apparent. Maybe he was drunk, maybe I was dreaming, or maybe we were both living in Ho Chi Minh City.