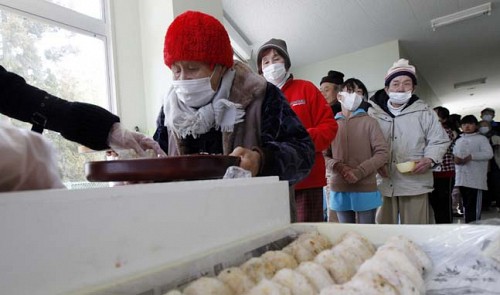 On the origin of Vietnamese’s bad habits

Regarding Vietnamese people’s undesirable habits and poor social etiquette, a local expert has made some attempt to explain the reasons.

Associate Professor Nguyen Minh Hoa, vice chair of the Ho Chi Minh City Association of Urban Planning and Development, stressed that though all peoples have their own undesirable habits and make fun of them sometimes, Vietnamese people tend to have more of them.

In recent years, these habits such as looting, rip-offs, public urinating and belching, littering, spitting, and disobeying traffic laws have even got intensified.

According to Hoa, the first reason is the lack of a continuous historical heritage.

The handing down and cherishing of such a heritage is easily noticed among Japanese.

Though conflicts and wars were rife at any time, Japanese people have always tried to preserve desirable qualities, irrespective of who gave birth to them, including their enemies.

Qualities such as dignity, self-esteem, and loyalty, which were exclusive to revered classes in the old times including “shogun,” “daimyo” and “samurai,” later became the whole society’s asset, the professor noted.

That is an explanation for the “Japanese miracle,” which followed the tsunami on March 11, 2011, during which over 20,000 people were killed and missing.

Amidst the sheer devastation, there was no ravage, killing, or rape whatsoever. People tried their best to maintain their order in disorder.

“Meanwhile, in our country, many of our ethical and cultural values weren’t passed down as a treasure. The mere 1.8ha Thang Long Royal Citadel is home to overlapping cultural strata from up to four or five dynasties, who erased all or most of their preceding dynasties’ ideologies and culture after overthrowing one another,” Assoc. Prof. Hoa said.

The professor pointed to the mighty Tran Dynasty (1226–1400), who defeated Chinese invaders three times, as an example.

The dynasty’s architectural works were annihilated while its weighty tomes conveying the dynasty’s cultural, artistic and ideological values were wiped out.

“This may partly explain why our traditional values handed down to today’s generations are mostly fragments, not complete blocks,” Hoa concluded.

The professor also pointed out the fact that Vietnam did not go through certain historical forms such as slavery and capitalism may be the second reason for Vietnamese people’s undesirable habits.

“Vietnam is among the few countries which didn’t undergo such socio-economic forms in the history, which may explain why a number of Vietnamese people are law-defying citizens and poorly-disciplined, disloyal employees,” Hoa remarked.

Vietnam also did not undergo any complete production medium, which resulted in factions and a lack of social unity, and may account for difficulty in or hesitancy to teamwork as well as social divisions among a number of Vietnamese, he further explained.

The absence of preparedness for the market-oriented economy may be also to blame for Vietnamese people’s unwanted habits.

After some 20 years of destitution due to the U.S.’s embargo, economic crisis and government subsidy, the sudden switch to the market-oriented economy has left leaders and average people alike unprepared and bewildered.

“People then jostled against one another and trampled upon ethical codes to earn as much as they could. The wildness of the poverty-stricken times, the infancy of the market-oriented economy and negative elements from the global integration process were combined and sharpened the ‘distortion’ and ‘hideousness’ among certain people,” Hoa said.

The professor also underlined the inadequacy of the state management mechanism as the fourth reason.