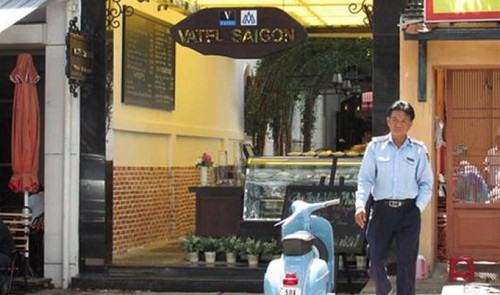 The Vietnamese Ministry of Education and Training has banned a local private university from admitting new students to an undergraduate program it jointly runs with a French school in the next one year for its violating regulations on foreign cooperation and investment in education.

The 12-month suspension was imposed on the private university because Hoa Sen flouted Government Decree No. 73/2012/NĐ-CP that regulates foreign cooperation and investment in the education sector. The decision has taken effect since the day it was signed.

As the suspension expires, the university is required to submit a report on what they have done to rectify the situation to the education ministry for approval before it can resume enrollment.

The inspectors said that the tuition the university collected from the students from 2013 to the beginning of 2014 was VND1.56 billion (US$73,574) more than allowed by the education ministry.

They also levied a VND15 million ($707.45) penalty on Hoa Sen University, requesting it to work with Vinh An to return the difference to the students. On April 21, the education ministry’s inspectors once fined the firm VND55 million ($2,593) for its violation of local laws and forced Vinh An to stop all of its educational activities for 12 months.

Inspection results have indicated that seven among 26 instructors of the program do not have a master’s degree and one even does not have a bachelor’s degree.

Instructors teaching at the university level are currently required to have at least a master’s degree, according to Article No. 10 of Government Decree No. 73/2012/NĐ-CP.

Three Vietnamese instructors do not have certificates, as required for local teachers of English, proving they have met the second-highest standard (C1) of the six-level Common European Framework of Reference for Languages, according to the inspection results.