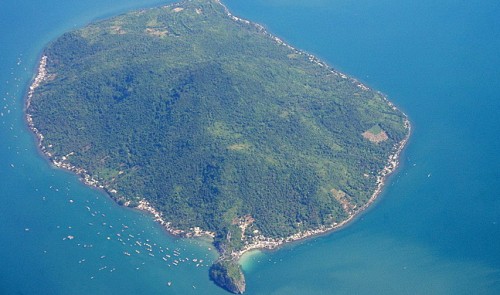 Phu Quoc Island in Vietnam has been cited among the world’s top winter destinations for 2014 thanks partly to its deep sand beaches and warm waters.

The Vietnamese National Administration of Tourism said Wednesday on its website that the island – known as the Southeast Asian country’s tourism haven – ranked third in a list of 15 recommended destinations for the best winter trips this year released by U.S. magazine National Geographic Traveler’s website, which promotes beautiful landscapes around the world.

“Some of Vietnam’s best beaches are on heart-shaped Phu Quoc Island... Located in the Gulf of Thailand ... Phu Quoc once housed the so-called ‘coconut tree prison’ where prisoners of war were held through 1973,” the site said about the island.

“What’s bringing international travelers and, so far, restrained development to Phu Quoc today are its warm, turquoise waters; secluded, deep sand beaches; and lush, mountainous interior (protected as a national park),” it explained when discussing why foreigners love the island.

Renowned globally as a paradise-like island, Phu Quoc covers 589.23 km2 off the southern province of Kien Giang. Administratively speaking, the island is classified as a district administered by the Kien Giang administration.

Besides giving general information about Phu Quoc, National Geographic Traveler’s website also recommended that travelers visit it from December to March, which is the dry season with ideal average daytime temperatures between 77°F (25°C) and 82°F (28°C).

Other suggestions including accommodation and must-eat food were also cited on the site.

“Pull up a plastic chair and sit under the stars at the bustling Dinh Cau Night Market to try whatever local fishermen hauled in that day,” it said.

National Geographic Traveler ended its description with a fun fact about Phu Quoc that the island is Vietnam’s nuoc mam (fish sauce) capital.

The Phu Quoc fish sauce production line has been developed for 200 years, and this specialty of Vietnam has become more popular at home and abroad since it is exported to the U.S., EU, and a number of Asian countries.

The island’s new airport, which was officially opened in 2012, is capable of handling 2.6 million visitors and expected to serve its development for the next 15 or 20 years, according to Dao Viet Dung, director of Phu Quoc airport.

The opening of new shopping center in District 1, Ho Chi Minh City in 2015 will turn the area into a bustling shopping district like what people see in Bangkok and Singapore, according to Vietnam’s Retail Market Update report recently released by realty consultancy firm CBRE Vietnam.