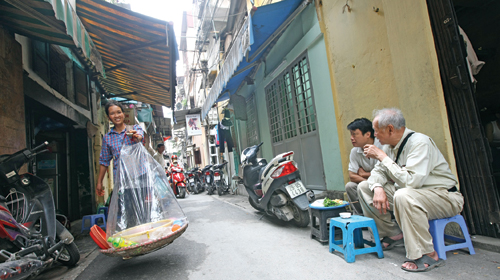 Vietnamese police are searching for a man who snatched a handbag containing cash and personal papers from a Danish woman in front of a hotel in Hanoi on Thursday, local media reported the same day.

The victim, Ulla Merete Schmidt, 58, told the police of Hang Gai Ward, Hoan Kiem District, that she lost her handbag to a snatcher when she was in Tam Thuong alley at midnight yesterday, according to Tien Phong (Vanguard) newspaper.

The snatching occurred as soon as the woman arrived at the hotel from Noi Bai International Airport by bus.