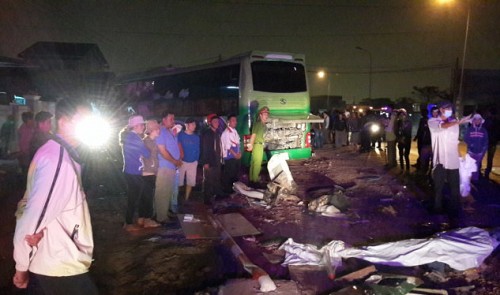 A severe accident between two buses occurred on early Monday morning in a south central Vietnamese province, killing 10 passengers – including the drivers.

At 1:45 am today, February 9, a sleeper bus with number plate 51B-14122 crashed head-on into another, with number plate 86B-00284, that was traveling in the opposite lane on National Highway 1 in Ham Minh Commune, Ham Thuan Nam District in Binh Thuan Province.

The sleeper bus was traveling from Ho Chi Minh City to the central province of Nghe An, while the other was going from the south central city of Phan Thiet to the southern city, commune authorities said.