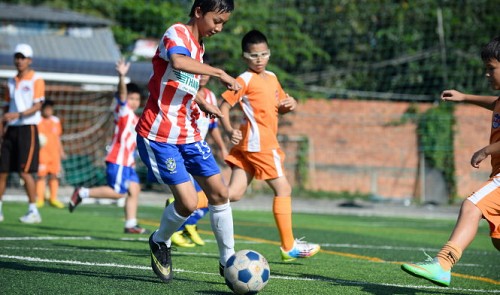 Editor’s note: Tran Vinh, a retired teacher from Tay Ninh Province, expresses his heartfelt hopes that the country’s young generation would boast a good build, as well as excellent mental capacity, by 2035, as he wrote to the “Ky Vong Viet Nam 20 Nam Toi” (“My Expectations for Vietnam in 20 Years”) writing contest.

I’m a retired teacher in my 60s. Twenty years from now, I will be in my 80s. I’m not sure whether I’ll still be alive by then to enjoy my old age with my children and grandchildren, and witness many expectations for Vietnam ring true. However, as a Vietnamese citizen and the “engineer of the soul,” I think I can cherish expectations and dreams for my own country.

As a teacher who devoted his entire working life to my students, I’ve pinned my hopes on students, who are of course humans. Humans, who are the master of life and society, play a decisive role in making or breaking what happens in society.

So how will Vietnamese people and society turn out after 20 years, a period of time which is just enough for a new generation to grow up and mature?

First of all, speaking about physical health, Vietnamese people’s build remains limited compared to their peers in regional countries. Their inadequate physical health thus has adverse impacts on their studies and work performance.

I hope that in 10 or 15 years or so, young Vietnamese, both males and females, will stand at least 1.6 meters tall. I think this dream is not beyond reach, particularly in a country which is making notable strides in peace time.

Secondly, Vietnamese people’s mental capacity and abidance with moral principles are also to flourish. Achieving this requires an educational system which boasts seamless cooperation between the family, school and society. If so, schools would stop running after students’ inflated achievements, while such virtues as respect for the truth, compassion, tolerance, familial love and patriotism would thrive.

People would no longer strive to obtain degrees or certificates at any cost or target useless records. They would not be indifferent to their friends and everyone around them, which has resulted in ill-meaning acts.

These all aim at creating a future generation with all the desirable qualities and physical conditions to further build the country, as late President Ho Chi Minh wished during his lifetime.

It’s urgent that those responsible pay lavish attention to pregnant women and infants to improve the build of Vietnamese.

We should learn from Japan’s experience in enhancing their people’s build. Back in 1945, the Japanese would be considered short, but now they can stand much taller with pride. Along with good nutrition and health care, physical education must also be implemented at school from kindergarten to university levels.

Next, we need to take a close look at the entire educational system, which requires modern reforms.

Dedicated, accomplished people should be recruited into key positions in the education sector.

Students should be educated comprehensively. We should say ‘no’ to conservative, outdated practices, which serve as stumbling blocks to educational reforms.

The future education must be democratic, modern, and aim to train students into good citizens.

If so, a new batch of successors, who would cement our political system and army and further build up our country’s economy in 20 years’ time, would be within reach. Our country then would rival world powers as late President Ho aspired.

Twenty years later, the young aspiring generation would take the place of their aging predecessors. At least a large part of my dream would come true and I have the right to survive to witness these miraculous changes.