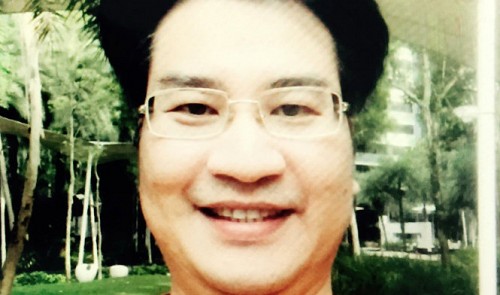 A former official at a subsidiary of Vietnam’s state-owned shipbuilding giant Vinashin, who was arrested last week after fleeing the country five years ago, has been discovered misappropriating over US$18 million.   The Security General Department of the Ministry of Public Security on Tuesday issued the initial conclusion of the investigation of Giang Kim Dat, 38, hailing from Ho Chi Minh City, who was arrested overseas and escorted to Vietnam on July 7. Dat, a former acting sales manager at Vinashin Ocean Shipping, a shipping line run by Vinashin, fled the country in 2010 when the ministry commenced legal proceedings against him and many officials for their wrongdoings in a corruption case at the shipbuilding giant that caused a loss of about $43.5 million (under the calculations in 2012) to the State budget. On August 23, 2010, police decided to serve a prosecution notice on Dat but he had fled, so officers hunted for him internationally with the help of Interpol. The search for Dat took place in many countries before police were able to seize and escort him to Vietnam. Not only was he involved in the Vinashin corruption scandal, Dat also committed embezzlement at Vinashin Ocean Shipping.   During his hiding abroad, police probed the origin of the huge volume of property owned by him and his relatives. Dat and his family have over 40 villas and high-class apartments in different parts of the country, along with many deluxe cars.

All of this real estate was acquired when he was working at Vinashin Ocean Shipping, investigators said.    From May 2006 to June 2008, when Dat was working at the firm, he colluded with foreign partners to embezzle nearly $18.6 million, according to the investigation.

In order to earn this huge amount, Dat illegally took a commission of one percent of the value of each vessel purchasing contract, investigators said, adding that he also falsely increased the rental of ships to partners to pocket the difference.

Dat also purchased an apartment in Singapore for SG$3.5 million ($2.64 million), according to the investigation.

He bought and then sold another apartment on Sensota Island in the city state, investigators said. Therefore, on December 31, 2014, the investigation agency of the Ministry of Public Security charged Dat with embezzlement. Police officers also took away the above 40 properties from Dat and his family.