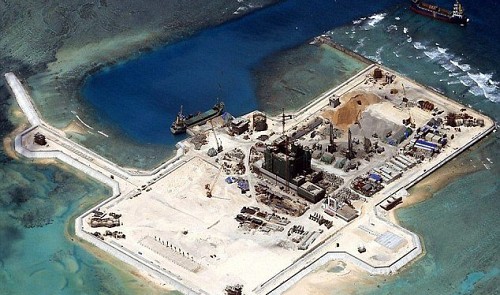 The Vietnamese Ministry of Foreign Affairs sent a protest note to the Chinese Embassy in Hanoi yesterday.

Le Hai Binh, spokesperson of the Vietnamese ministry, considered China’s pilot flight a serious violation of Vietnam’s sovereignty over Truong Sa, which goes against the two governments’ agreement on the basic principles for settling sea disputes as well as the 2012 Declaration on the Conduct of Parties in the East Vietnam Sea.

It also affects peace and stability in the East Vietnam Sea, compromising the political trust between Vietnam and China and negatively impacting the neighborly relations between the two peoples, Binh said.

“Vietnam resolutely opposes China’s action and demands that Beijing stop it and not repeat any similar move, as well as apply practical and specific measures to contribute to the maintenance of peace, stability, security, safety, and freedom of navigation and aviation in the sea area,” the spokesperson stated.