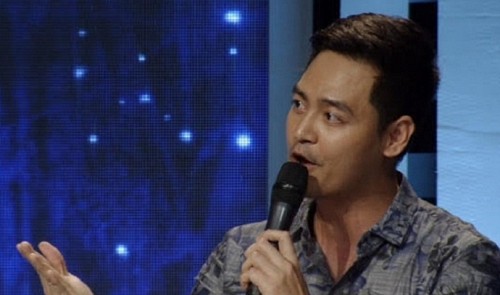 When a Vietnamese Facebook user posts something on their page these days, chances are at least one of the comments will be, ‘What is your motive for posting this?’

Vietnamese Facebook users are jokingly reminding each other that one needs to think carefully before sharing their stuff on the social networking platform, in order not to be asked to reveal the motive behind the post.

‘What is your motive?’ has quickly become a new meme after the Sunday episode of a talk show on national channel VTV3, in which the host and a panel of five experts bombarded the guest with that very question.

A meme is a humorous image, video or piece of text that is copied, often with slight variations, and spread rapidly by Internet users.

Phan Anh, a popular TV host himself, was invited to join the '60 Phut Mo' (60 Open Minutes) with host Ta Bich Loan, discussing the question ‘What do we share on social networks for?”

The expert panel consisted of two journalists, a popular Facebook user, a psychologist and the director of a social media research firm.

In April, Phan Anh shared a link to a story from newswire VTC Newson his Facebook page, which talked about the mass fish deaths occuring in central Vietnam.

The story featured video of an experiment in which two fish were put into seawater taken from the allegedly tainted sea in Vung Ang Industrial Park in Ha Tinh Province, to see if they could survive.

In the video the two fish died after two minutes, causing the video to go viral on the Internet, shared across social networks at lightning speed as people expressed their shock at seeing the sea becoming uninhabitable even to fish.

However, it was later confirmed that the experiment had been carried out in an unscientific way, resulting in false findings.

As Phan Anh was among those who shared the link to the VTC News story on his Facebook page, he was challenged by the '60 Open Minutes' host as to why he had done so.

Ta Bich Loan repeatedly asked him “What is your motive?” while the panel took turns to criticize him, accusing him of being careless in sharing the unverified information on Facebook, given his numerous followers.

Phan Anh was questioned as to the motive that led him to “share something that [he is] not knowledgeable about, that is neither [his] field of business nor [his] responsibility to announce to the public?”

Psychologist Pham Manh Ha said the motive of Phan Anh was to exercise power, and to make people follow his will.

Hong Thanh Quang, one of the two journalists in the panel, said the host had created a negative impact on society after not verifying information before sharing it on Facebook.

The other journalist, Hoang Minh Tri, said that by sharing false information, Phan Anh had driven even more people into believe the video’s truth, despite a lack of verification by competent agencies.

The talk show concluded that Phan Anh, as a TV host, should focus on doing his job rather than spreading things he is not qualified to on his popular Facebook page.

If he is to share something, he should consider his motive of doing so, and verify the information beforehand.

In response, Phan Anh said that if one has to take all these steps before expressing their personal point of view, “they will never be able to express their own opinion [on social networks].”

The emcee said he shared the clip of the fish death experiment “as a person who knew of such information, rather than an expert.”

“I may not know that the information is correct or not, but my purpose in sharing was to have everybody discuss it in a democratic way,” he said.

At the end of the talk show, Phan Anh underlined that people should be encouraged to express their voice on social networks, and initiated the hashtag #dungimlang (#dontbesilent) to support his call.

The debate sparked widespread outrage shortly after its broadcast, with many saying Phan Anh had been ‘victimized’ in the show, as everybody, from the host to the expert panel were against him.

Comical photos using the “What is your motive?” meme have also been created and shared widely on Facebook, while national broadcaster VTV has reportedly removed all of the video of the show from its own website and YouTube.

Wanna buy something cheap at a night market in Ho Chi Minh City? Le Thi Rieng is a good choice as it has been known as a venue always bursting with life, commotion, cheap consumer goods, and other commodities.