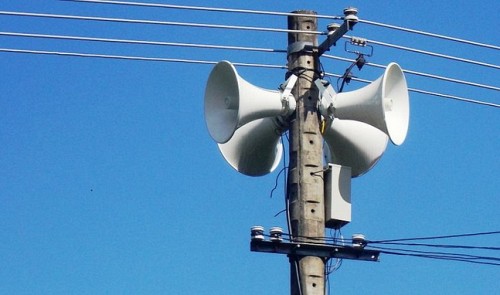 Local loudspeakers in Hoi An City in the central province of Quang Nam were taken over on the weekend by a Chinese broadcast for nearly half an hour in what local authorities said were a radio frequency disturbance.

Residents of Cam Chau Ward in Hoi An reported having heard Chinese voices over public loudspeakers in the area near a local market at around 11:00 am on Saturday.

The broadcast lasted for roughly half an hour, and was soon handled by Vietnamese technicians after officials were notified of the incident, according to Truong Thi Ngoc Cam, chief of Hoi An City Television and Radio Station.

Cam attributed the incident to radio frequency disturbance, saying it also affected loudspeakers in other areas in Cam Chau.

According to Cam, the Hoi An City Television and Radio Station then reported the incident to the Hoi An People’s Committee, the chairman of which demanded a quick halt to the disturbance and timely prevention of such happenings in the future.

The station had requested a budget from the city to buy noise-resistance encryption filters to be installed at local radio stations in the city, Cam said.

In May 2016, radio loudspeakers in a number of wards in Hoi An City were also disturbed by foreign broadcasts, though the disturbances were only limited to unintelligible noises which lasted for nearly five minutes.