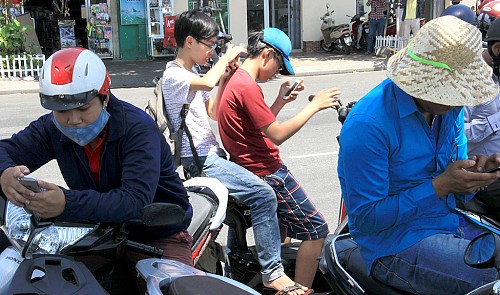 Officials and public servants in the central Vietnamese city of Da Nang will not be able to ‘catch ‘em all’ as the local administration has banned them from playing Pokémon GO during working hours.

The Da Nang People’s Committee has issued a document stating that all officials and public servants are not allowed to play Pokémon GO at work or use their work emails, ending with @danang.gov.vn, to register for game accounts or discuss the mobile app.

The municipal Department of Education and Training has been required to take measures to minimize the negative influences of the game on students.

Traffic police in the central city have been ordered to tighten inspection and impose stern punishment upon those who play Pokémon GO while driving.

The Da Nang administration recommended that ‘trainers’ should not try to catch the virtual creatures in dangerous areas, namely along train tracks, highways, lakes or rivers, at airports, or in military zones.

In a relevant development, authorities in the southern province of Dong Nai have required traffic police and other departments to penalize those people who play Pokémon Go while driving, following an increasing number of traffic violation cases related to the viral game.

Meanwhile, officials in Ho Chi Minh City have run electronic signs that read, “Do not play Pokémon Go while driving,” on some crowded streets.

Pokémon Go, a game developed by Nintendo and Niantic Labs, has attracted a surprisingly huge number of players thanks to its highly interactive functions.

Since its launch in Vietnam on August 6, the mobile game has raised myriad safety concerns because local players have quickly become addicted to it.