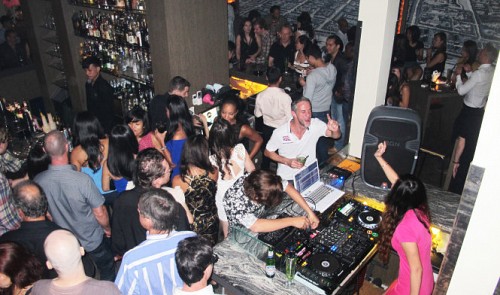 Hanoi extends midnight curfew for service industry to 2:00 am

Balking at earlier announcements to completely lift mandatory closing times, the Hanoi People’s Committee has decided to extend the curfew for bars and nightclubs from midnight to 2:00 am, starting in September.

The original plan to remove curfews from businesses operating within certain segments of the service industry had originally been announced by Nguyen Duc Chung, chairman of the Hanoi People’s Committee at a national tourism conference held in the central city of Hoi An.

The abandonment of the mandatory closing time for service-oriented businesses, such as bars and nightclubs, past midnight is intended to appease Western visitors and stimulate the capital’s languid tourism sector.

In an amendment to the previous tourism boosting initiative, Chung later announced that Hanoi will not be eliminating the curfew but will instead be extending it from September 1 onward.

The extended closing time is only applicable to restaurants and nightclubs in Hoan Kiem District from Friday to Sunday weekly.

Businesses wishing to take advantage of the extended curfew must register with Hoan Kiem District and agree to follow safety and security conditions. They are also required not to disturb local residents and not to sell alcohol to minors.

Duong Duc Tuan, chairman of the Hoan Kiem District People’s Committee, said that it is critical to extend the closing time since “it suits the time for foreign visitors to tour and entertain.”

“But to ensure the safety and security of local residents, the new curfew should be strictly followed and only applied to certain services,” he added.