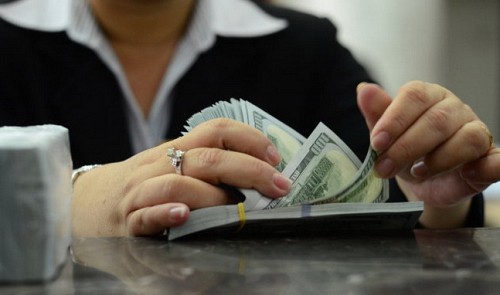 The Vietnamese central bank is looking to ban foreigners from opening savings accounts in VND, after the foreign citizens were prohibited from depositing in foreign currency pursuant to a government decree issued two years ago.

The State Bank of Vietnam (SBV) has recently published a draft of its new circular that lays out guidelines for deposit transactions in the country, in which “depositors of Vietnamese and foreign currencies” are limited to “resident Vietnamese citizens” only.

According to the SBV, the country’s current Ordinance on Foreign Exchange includes no provision on allowing resident foreign individuals or non-residents to have savings accounts in Vietnamese dong.

Should this new regulation come into effect, foreigners will no longer be allowed to make deposits of any form at banks in Vietnam, as the government already said in a decree publicized in 2014 that only Vietnamese citizens could open savings accounts in foreign currency.

Nguyen Duy Hung, founding member and director at the Hanoi-based IPIC GROUP law firm, considered the circular a major setback for Vietnam’s management of deposits in general and deposits by foreigners in particular.

“In a world where the movement of population follows the rules of a ‘flat world’ and ‘global citizenship,’ barriers to international working and living should be removed,” Hung told local Thanh Nien (Young People) newspaper. “In another sense, it’s a waste of capital if we consider the fact that legal income [by foreigners in Vietnam], if not allowed to be deposited at banks in the country, would be transferred abroad for re-investment.”

Meanwhile, economic expert Nguyen Tri Hieu said there is no point in preventing foreigners from opening savings accounts in Vietnamese dong, as there are already regulations entitling them to open checking accounts.

“Foreign individuals who have a long-term job in Vietnam should be encouraged to deposit their earnings or profit from domestic investment,” Hieu said in an interview with Thanh Nien. “I don’t see why they shouldn’t be allowed to save up in dong, as it’s also a good source of capital for our country.”

The chief executive of a joint stock bank in Vietnam compared the new draft circular to a limit on financial investment, saying the proposed fiat is “inflexible.”

“The yearly interest rates for VND deposits in Vietnam are currently five to 7.8 percent depending on the terms of the deposits… Foreigners who accept the fluctuation of forex rates to exchange from U.S. dollars to VND for the deposits shouldn’t be denied the right to do so,” the executive insisted.

According to the Expat Insider 2016 survey conducted on over 14,000 respondents from 174 nationalities by InterNations, a web-based international community for people living and working abroad, Vietnam ranked 11th on the overall best places for expats.

In recent years, there have been an increasing number of foreigners choosing Vietnam as their working destination.