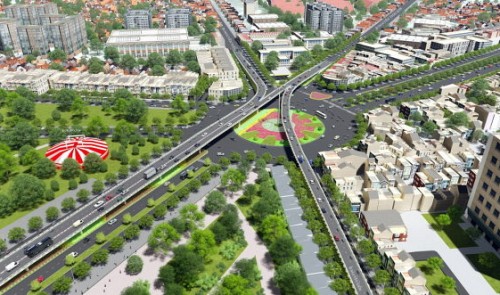 Officials in Ho Chi Minh City will spend over US$22 million building a flyover at a crowded intersection to ease traffic around Tan Son Nhat International Airport next year.

Construction will begin in January next year and is expected to finish eight months later.

The project to build the flyover will also include the renovation and expansion of those roads leading to the traffic circle, installing LED lights, planting trees, and others.

The Ho Chi Minh City Department of Transport required in its approval that advanced technology be applied in making the flyover’s surface and supporting pillars.

The project will cost VND504 billion ($22.2 million), with VND351 billion ($15.5 million) for the building works and the remainder for site clearance, compensation, project management, and consulting, among others.

High demand from Vietnamese citizens, however, is causing a significant increase to the waiting period for visa issuance