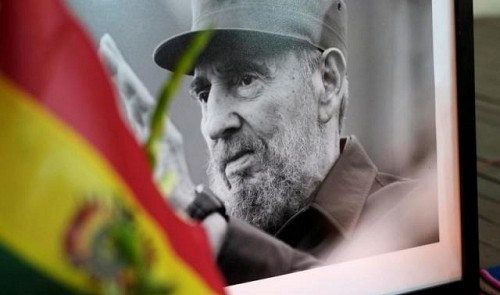 The chair of Vietnam’s law-making National Assembly will lead a delegation of high-ranking officials to Cuba to pay their last respects to Cuban revolutionary leader Fidel Castro, who passed away last week.

The Vietnamese Ministry of Foreign Affairs said in a statement on Sunday that National Assembly Chairwoman Nguyen Thi Kim Ngan will visit Cuba from Monday to Wednesday in order to attend a state-level funeral for Fidel Castro, who died on November 25.

Elite officials of the State and Communist Party of Vietnam will accompany Chairwoman Ngan, the ministry said.

Revolutionary icon Fidel Castro passed away at the age of 90, his younger brother, President Raul Castro announced on state television.

Fidel Castro took power after a 1959 revolution and led Cuba for 49 years.

He fended off a CIA-backed invasion at the Bay of Pigs in 1961 as well as countless assassination attempts, Reuters said.

The iconic figurehead led a revolution that ousted U.S.-backed dictator Fulgencio Batista on January 1, 1959. Aged 32, he became the leader of Cuba and sought to transform it into an egalitarian society.

Over the years, he expanded his influence by sending Cuban troops to fight in overseas wars, including 350,000 in Africa, Reutersreported, saying that they provided critical support to a left-wing government in Angola and contributed to the independence of Namibia in a war that helped end apartheid in South Africa.

He also won friends by sending tens of thousands of Cuban doctors abroad to treat the poor, and by bringing young people from developing countries to Cuba and training them as physicians, the news agency said.

His government improved the lives of the very poor, achieved health and literacy levels on a par with developed nations and rid Cuba of a powerful Mafia presence, it added.

In September 1973, he was the first foreign leader to visit a newly liberated area in Quang Tri, in central Vietnam, while the American war was still happening.

He was also a pioneer in the international movement to support Vietnam’s struggle for independence and reunification, as well as its national reconstruction and development efforts.

Fidel Castro was awarded Vietnam’s Golden Star Order in 1982 and then the Ho Chi Minh Order in 1989 for his contributions to the country.