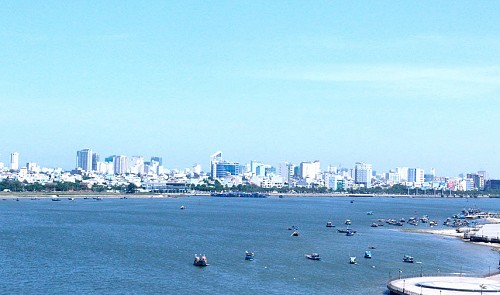 Authorities in the central Vietnamese city of Da Nang have made the final decision to build a tunnel under its iconic river in 2018, despite widespread objection from local experts.

The city’s transport department announced on Wednesday morning the Standing Committee of the municipal Party Committee has approved the construction of the tunnel beneath the Han River, following prolonged debate on the necessity of the underwater passageway.

Construction has been scheduled to begin in 2018, with total investment estimated at VND4.7 trillion (US$206.5 million), according to department director Le Van Trung.

Of the two proposed options whether the tunnel should be a straight or curvy passageway, the former has been officially selected, Trung said, adding that the project would require the relocation of 210 residents.

According to the original design, the submarine tunnel will run a total of 1,315 meters, 900 of which will be submerged under the river, connecting the city’s Hai Chau District with Son Tra District.

It will be wide enough to accommodate six lanes of traffic.

The proposal to build the tunnel was first unveiled late last year by the city’s People’s Committee, which has received strong opposition from construction specialists.

According to Da Nang deputy chairman Nguyen Ngoc Tuan, the tunnel would allow for an ‘airier river’ as opposed to a bridge, allowing more space for such activities as yacht races and marinas along the river bank.

Aesthetics was another factor considered by Thai Ngoc Trung, deputy director of Da Nang’s Department of Construction, who said another bridge crossing Han River would stick out like a sore thumb in the area’s overall landscape.

However, Assoc. Prof. Dr. Pham Thuy Loan, vice chairwoman of the National Institute of Architecture, assessed that cost to build and maintain an underwater tunnel is much higher than that of a bridge.

According to Prof. Dr. Nguyen Viet Trung from the University of Transport and Communications, the design consisted of too many connections between separate parts of the tunnel, which would increase the risk of osmosis.