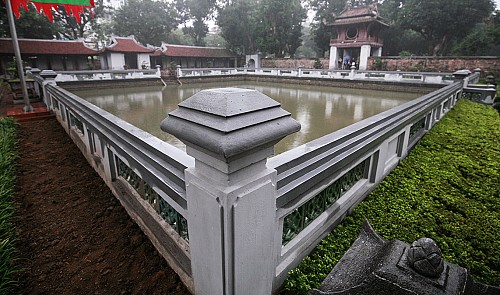 A new coat of whitewash applied to an 11th-century temple that hosted Vietnam’s first university has caused a stir amongst locals who preferred its previously weather-beaten look.

Visitors to the Van Mieu (Temple of Literature) in Hanoi have been surprised to find its age-old walls, fences and other structures being painted with a fresh coat of whitewash in the city’s move to protect the building from moss.

The temple was built in 1070 during the reign of Vietnamese Emperor Ly Nhan Tong, and is one of several temples in the country which honor the Chinese philosopher Confucius, along with several other sages and scholars. It is also the location of the "Imperial Academy" (Quoc Tu Giam), believed to be Vietnam's first national university.

The temple’s iconic Khue Van Cac (Pavilion of The Constellation of Literature) was officially chosen as the symbol of Hanoi in 2012, reflecting the country’s ancient culture of education.

Accustomed to the moss-filled look and ancient vibe of the temple prior to the facelift, locals have taken to social media to criticize the work, saying the new look has damaged to the temple’s value as an historical relic.

In an interview on Tuesday, Le Xuan Kieu, head of the temple’s Center for Cultural and Scientific Activities, explained that the recoating of the temple was a regular and normal operation carried out to preserve it from humidity and moss.

“Over time, some structures inside the relic have lost their outer layer of paint and been filled with moss and mold, posing the threat of degradation,” Kieu explained. “It’s a professional operation that has been approved by the appropriate authorities.”

Kieu added that the whitewash used to recoat the structures was made of traditional limewater, the same type used by ancient Vietnamese architectures, to preserve the structures’ original color.

“The only difference is that the recoated items may appear brighter than their old look, since all the moss has been removed in the process,” Kieu said. “The old color will return after a few rains.”

“To say that applying a new coat of whitewash onto the Temple of Literature is doing damage to its ancient features is a scientifically unfounded notion,” stressed Assoc. Prof. Dr. Dang Van Bai, deputy chairman of the Cultural Heritage Association of Vietnam. 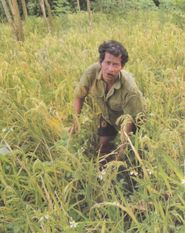