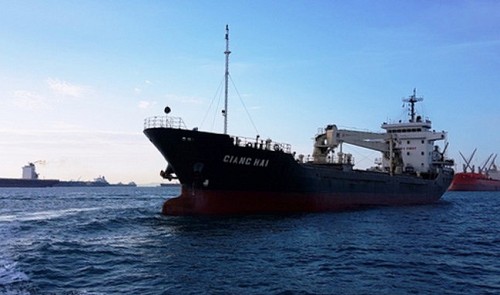 A Vietnamese cargo ship has been attacked by pirates while operating off the Philippines, resulting in one crew member being shot dead and six others held hostage.

The vessel Giang Hai, under the management of Vietnam’s Pham Hai Trading Transport and Import Export Company, was carrying cement from Biringkassi Port in Indonesia to Iloilo Port in the Philippines when it was seized by pirates at around 6:00 pm on Sunday (Vietnam time).

The ship was raided in an area off Sulu Island in the Philippines.

According to the Vietnam Maritime Administration, the attackers then set the ship free after damaging equipment and devices.

The ship and 10 members of the crew are now docked at Sandakan Port, with Filipino police probing the vessel.

The Giang Hai is expected to be repaired at the port with extra members to be added to the crew in order for the vessel to complete its shipment to Iloilo Port.

Vietnam’s Ministry of Foreign Affairs has directed the country’s representative offices in the Philippines, Malaysia, and neighboring nations to work with local authorities to assist the victims.

Previously, on November 11, 2016, the Vietnamese vessel Royals 16 was attacked by pirates off the Philippines when it was transporting cement from the northern Vietnamese city of Hai Phong to Indonesia.

Six crew members were kidnapped during the raid.