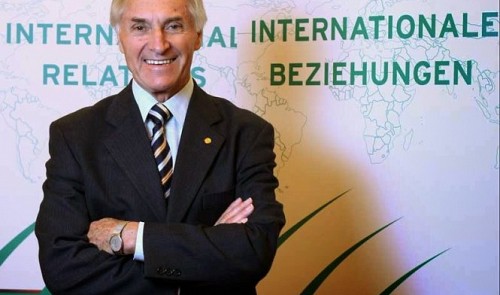 Vietnam’s football community has been saddened by the death of it revered former boss, German coach Karl-Heinz Weigang, who died in his home country on Tuesday.

The long-serving football coach suffered a heart attack and passed away at the age of 81.

During his 40-year career, Weigang had also taken charge of the national teams of Malaysia, Sri Lanka, Mali, and Ghana. His last job was as head coach of the Malaysian Super League club Perak, which he was active in as recently as February.

The Asian Football Confederation (AFC) extended its condolences to Weigang. “The thoughts and prayers of the AFC, the Football Association of Malaysia and the rest of the Asian football family are with Weigang’s family and friends,” the confederation wrote on its website.

One of his most notable successes was leading Malaysia to the 1980 Olympic Games in Moscow. The country would later pull out in protest of the Soviet Union’s invasion of Afghanistan, but his heroics were later portrayed in the popular 2016 film Ola Bola.

Weigang remains one of the most respected football coach’s Vietnam ever had, having helped the national side collect its highest honors.

In 1995, he led Vietnam’s “golden generation,” which included the likes of striker Le Huynh Duc, defender Tran Cong Minh and midfielder Nguyen Hong Son, to the country’s first ever silver medal at the men’s football tournament at the Southeast Asian (SEA) Games in Indonesia.

In 1996, Weigang and his men also won the bronze medal of the Tiger Cup, Southeast Asia’s largest football competition, before he bid the team goodbye in 1997.

Prior to this, in 1966, Weigang had been head coach of the erstwhile South Vietnam football squad and helped the team win that year’s Merdeka Tournament, Asia’s oldest football tournament.

Named after the Malay word for independence, the Merdeka Tournament was held annually between 1957 and 1988 in Malaysia to honor the country’s Independence Day.

Former national player Tran Minh Chien, who was among that “golden generation” who won silver at the 1995 SEA Games, said his former boss was “a tough and strict man who would always protect his players from critics.”

Goalkeeper Nguyen Van Cuong said he and his teammates all considered coach Weigang “a teacher and a father.”

“He might shout at us on the field but after each training session he would talk openly and share stories with each of the players,” Cuong said.

Vietnam’s legendary striker Le Huynh Duc, one of Weigang’s favorites, has also expressed his condolences to his beloved former coach. “Rest in peace, my teacher,” he wrote on social media.