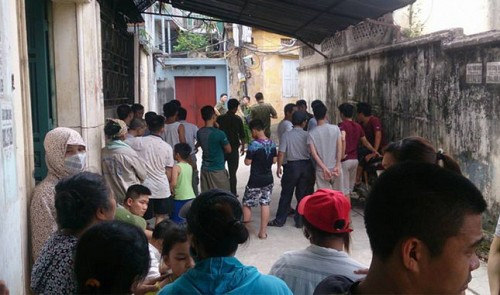 Hanoi police said on Wednesday they have arrested a local woman suspected of murdering her own son, only a little more than a month after giving birth to him.

The 20-year-old mother, known only as P.T.T. for legal reasons, shows signs of suffering from postpartum depression, according to police.

L. was also shocked to see a text written along the house’s staircase, which read “I will kill your grandchild.”

The newborn was only 35 days old at the time of death. T. was L.’s daughter-in-law.

Hanoi police said the suspect had been taken back to the house in Huu Bang Commune, Thach That District to serve the crime scene reconstruction.

T. got married in 2016 and is known among her family members and relatives as a kind and calm person, even though she sometimes showed abnormal signs.

Postpartum depression is a complex mix of physical, emotional, and behavioral changes that happen in a woman within four weeks after delivery.