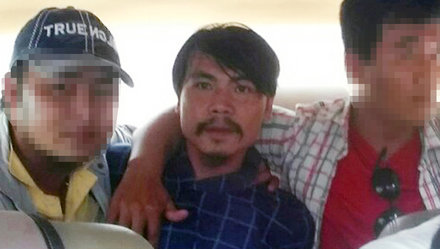 ​​Vietnamese-American man in custody after stealing car from ATM user

A Vietnamese-American suspect was apprehended by police in the southern province of Binh Duong on Wednesday just days after driving away in a car whose owner was busy withdrawing money from a nearby ATM.

Police in the provincial capital of Thu Dau Mot confirmed that Kevin Long Nguyen, 29, is being held for investigation for a car theft in front of the Becamex Binh Duong building on Sunday.

At around 10:30 am that day, L., a local resident, left her Honda Civic parked by a curb near the Becamex building while she ran inside to use the ATM.

The woman returned a few minutes later to find her car had seemingly vanished into thin air.

In her statement to police, L. said she was in such a rush to get the money that she left the key in the ignition and forgot to lock the doors.

Tracking the car was impossible since no GPS devices had been installed on the sedan.

However, a nearby CCTV camera captured the theft and police were able to use the footage to hunt for the suspect.

Nguyen confessed to police that he had driven the stolen car to neighboring Bien Hoa City before returning to Binh Duong, where he was spotted by a team of ‘street knights’ - a group of local volunteers who combat theft and robbery.