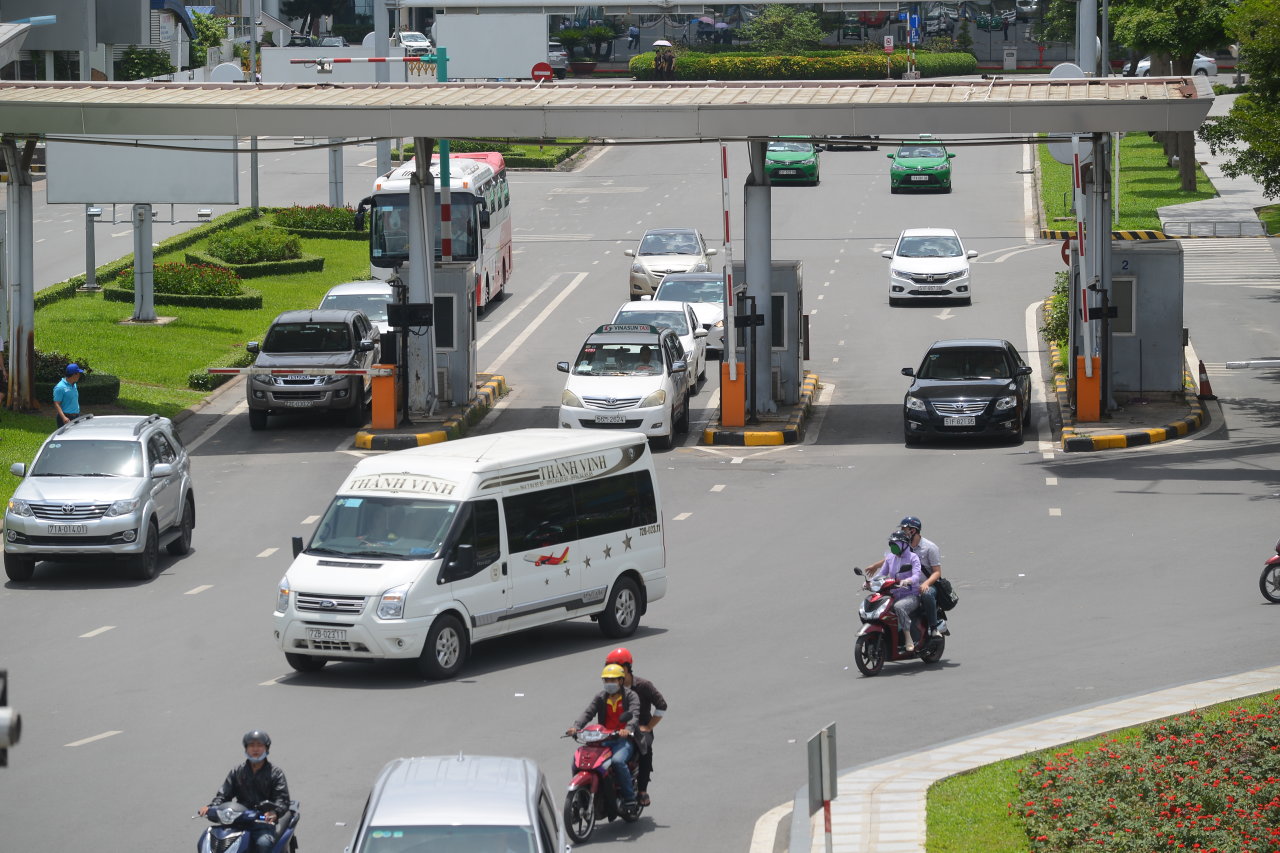 Several questions have been raised over the purpose of a fee that drivers must pay after entering an airport in Vietnam.

Statistics from Tan Son Nhat International Airport in Ho Chi Minh City showed that in 2014, a total of 22,400 automobiles had entered the venue on a daily basis, each of which had to pay an average amount of VND10,000.

Based on the information, the facility pockets about VND80 billion ($3.5 million) per year. The toll collection began in 2002 and still exists today.

N.T.D., a taxi driver with ten years of experience, said that sometimes passengers agreed to pay the fee, but in other scenarios, the cab driver had to make the payment.

In Hanoi, local cabbies said that they had to pay VND15,000 ($0.67) every time they carried a passenger into Noi Bai International Airport.

“According to regulations, passengers are subject to a toll. But they, especially foreign travelers, do not often understand the reason and refuse to pay,” Thuy, one taxi driver said.

The fee is referred to as an airport toll and is applied differently at airports across the country.

The most expensive is recorded in Phu Quoc Airport, located in the namesake island off the southern province of Kien Giang, where a standard car is charged VND15,000 and a seven-seater VND20,000.

Aside from the toll, cab drivers must also pay parking fees whenever they carry passengers into an airport.

According to Le Xuan Tung, director of Da Nang International Airport, the airport road toll has been in place for decades, with rates at each aerodrome listed and approved by the Ministry of Finance.

“The fees are directed towards renovation of the airport and improvement of its service for passengers,” Tung continued.

Meanwhile, Tran Manh Hong, deputy director of Phu Quoc Airport, explained that how the collected money is used depends on the Kien Giang Department of Finance.

The toll is submitted to the Airports Corporation of Vietnam (ACV), a representative from Noi Bai Airport said, adding that there was timeframe for the toll collection to end.

The money is used to fund services, namely maintenance, repairs, and the renovation of roads within the facilities, as well as safety and order insurance, among others.

The fees are in accordance with current laws and similar to regulations at other airports in the world, Hao said.