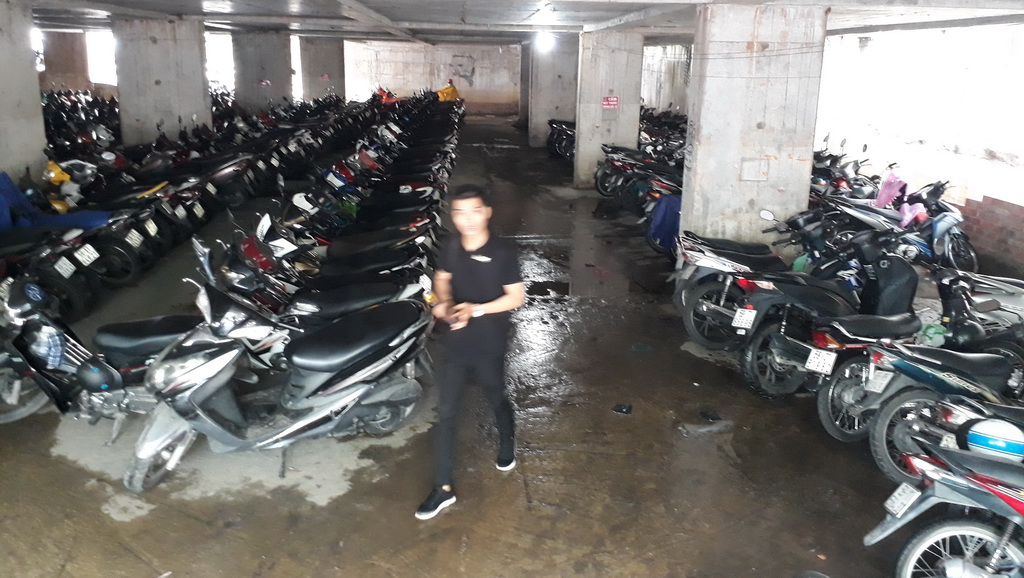 Parking garage managers in Ho Chi Minh City buildings have been asked to take preventative measures against potential flooding at their facilities.

The requirement issued by the municipal People’s Committee is an important step in safeguarding vehicles from floodwater damage.

A total of 15 inundated parking facilities, primarily in District 2, were recorded between June 21 and October 2, according to the city’s Department of Firefighting and Prevention Police.

Colonel Nguyen Quang Nhut, chief of staff of the fire department, said that parking basements in the neighborhood are equipped with drainage systems and water pumps.

The pumping machines, however, have low capacity and are thus unable to cope with serious flooding, Col. Nhut elaborated.

In a recent inspection by the Department of Construction on 89 buildings across the southern hub, developers of 37 buildings failed to present plans for drainage systems in their parking basements.

In most cases, the underground parking lots are inundated as floodwater flows into the venues from the streets and nearby sewer systems, a representative from the construction department said.

In order to solve the issue, a building must be equipped with suitable drainage pump systems to prevent flooding and be designed in such a way that water cannot flow into the basement from surrounding roads.

In 2016, torrential rain caused the underground parking lot at 5 Nguyen Sieu Street, District 1, to be heavily flooded, causing the vehicles inside to be submerged.

Dang Cong Duy Khanh, the owner of the lot, was forced to pay 10 percent of the repair cost for his customers.

Learning from the previous lesson, Khanh equipped the venue with a high-capacity pump and erected several brick walls around the parking lot to protect it from street water.

Thanks to his efforts, the parking basement stayed dry during recent downpours, according to the manager.

Developers of other buildings have also adjusted their designs and improved their drainage systems to prevent inundation.