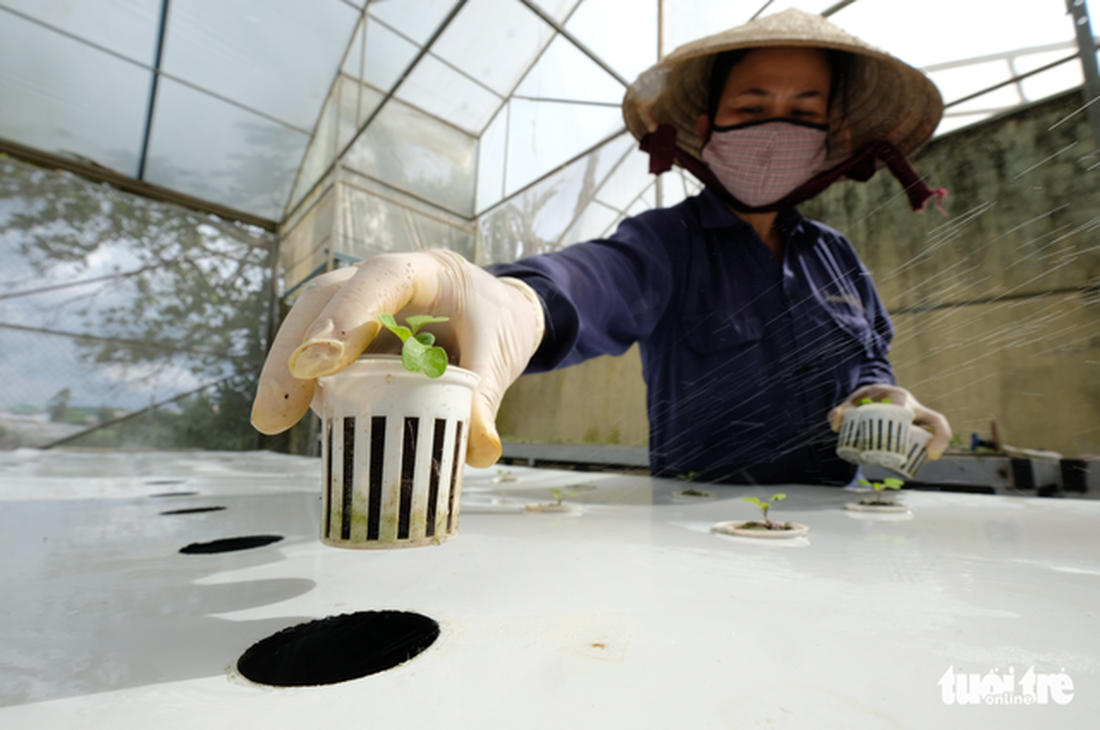 A Da Lat man has outplayed his peers to become the Central Highlands city’s first-ever farmer to successfully adapt a soilless cultivation method that grow plants suspended in the air.

In farming, there are three primary methods, all of which have names stemming from the Greek language.

Geoponics, the most common, involves growing plants on normal soil.

The other two methods include hydroponics, a technique to grow plants in water, and aeroponics, the process of growing plants in an air or mist environment.

While hydroponics has already become a popular substitute for soil cultivation methods in Vietnam, Tran Huy Duong, from Da Lat, the capital of Lam Dong Province, has turned to the significantly less common technique of growing plants by suspending them in the air.

The method requires that the vegetables be planted in frames suspended above the ground.

The roots then grow through the fames and ‘float’ in sealed boxes filled with air and protected from sunlight.

An automatic misting system sprays a nutrient-rich solution into the boxes where it is absorbed by the roots. A customized mixture of nutrients is used on each type of vegetable.

Due to the high cost of the system and limited space, Duong limits his aeroponics farm to high-value vegetables that can be sold at high prices to major restaurants and hotels, rather than common produce typically purchased by average consumers.

Duong said he learned of the new method from Dutch agriculture experts, but had to make his own equipment using domestically sourced materials due to a lack of availability in Vietnam.

Another benefit is that the cultivation period for aeroponically grown plants is seven to ten days shorter than other cultivation methods.

While aeroponics works well for most vegetables, leafy vegetables are best suited for the method as the leaves are able to stay clean and contaminant-free because the nutrient-rich water is only sprayed onto their roots.

Duong said the first harvest of his air-based crops was certified as ‘clean vegetables’ as they met all the requirements and standards for fertilizer residues.

More than one metric ton of aeroponically grown vegetables have been sold in Vietnam during the past month, fetching two to three times the revenue of normally planted veggies.

“If this model is widely adapted, Da Lat green produce will improve its competitive edge in the high-quality segment,” Lai The Hung, head of the Lam Dong plant protection agency, said.