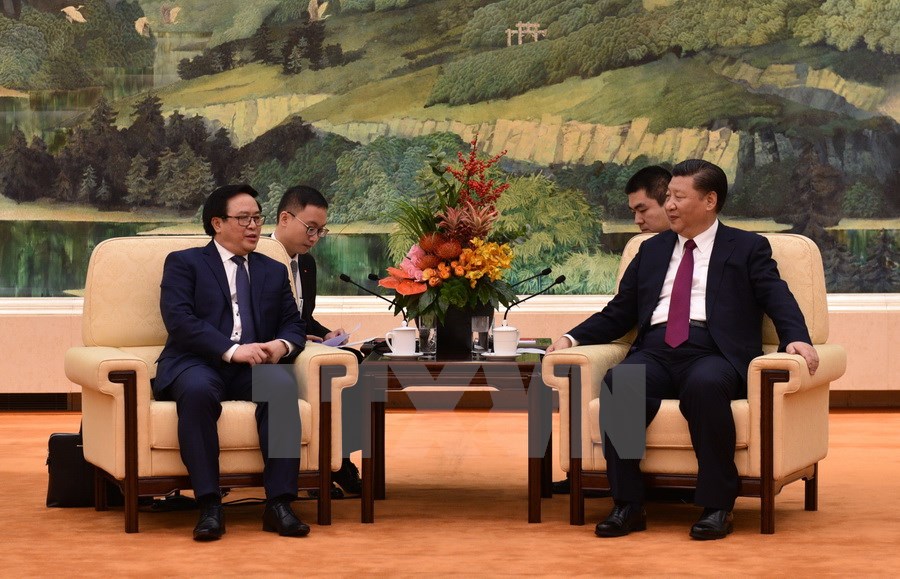 A special envoy of Vietnamese Party chief Nguyen Phu Trong has arrived in Beijing to congratulate General Secretary of the Communist Party of China (CPC) Central Committee Xi Jinping on his appointment, the Vietnam News Agencyreported.

During the meeting, Quan conveyed the Vietnamese Party chief’s congratulations on the success of the CPC’s 19th Congress and Xi’s re-election as General Secretary of the CPC Central Committee for its 19th tenure.

The 19th National Congress of the Communist Party of China took place from October 18 to 24 in Beijing.

The Vietnamese official hoped that both countries could strive to further develop their traditional friendship and comprehensive strategic cooperative partnership.

He expressed his belief that under the leadership of the CPC Central Committee with Xi as its nucleus, the Party, State and people of China could successfully achieve goals set by the 19th Congress and make greater achievements in the cause of building and developing socialism with Chinese characteristics.

Quan affirmed that the Party and State of Vietnam treasured the development of neighborliness and comprehensive cooperation with China, hoping that both sides would join hands to realize the common perceptions reached by the two Parties and countries’ leaders.

Vietnam appreciates and welcomes the upcoming state visit by General Secretary Xi and his attendance at the Asia-Pacific Economic Cooperation (APEC) Economic Leaders’ Week, which will take place in the central city of Da Nang from November 6 to 11, he added.

Replying to his guest, General Secretary Xi said the CPC and himself also treasured their ties with Vietnam.

He expressed his support for Vietnam’s successful hosting of the APEC summit week and extended his regards to General Secretary Trong and other Party and State leaders.