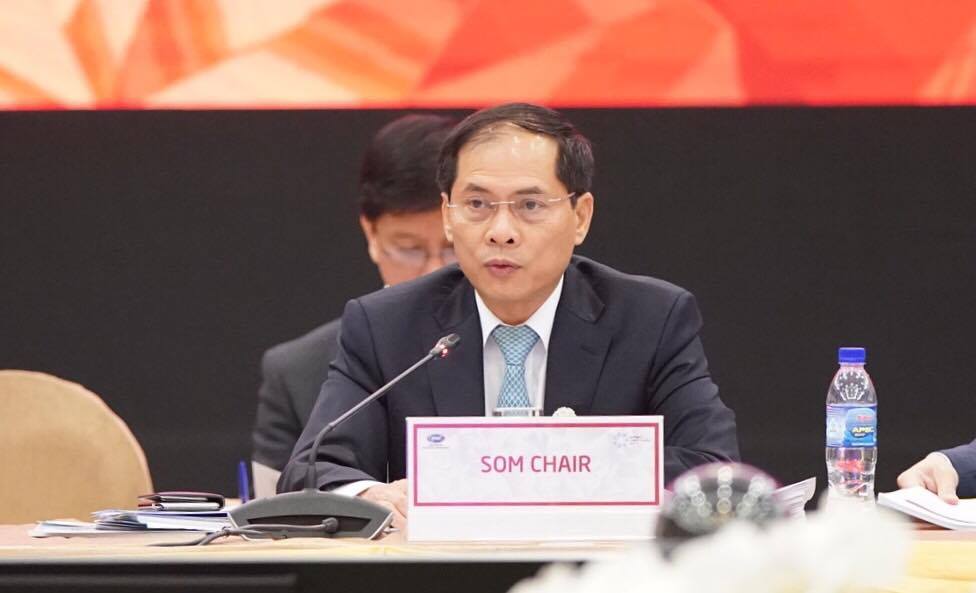 The CSOM will take place on Monday and Tuesday, chaired by Bui Thanh Son, Vietnam’s deputy minister of foreign affairs, and chairman of the APEC 2017 Senior Officials´ Meeting.

Son is scheduled to announce the results of the CSOM at a press conference on Tuesday afternoon at the International Media Center in Da Nang.

APEC began in the wake of heavy rains over the weekend. “[But] after the rain, the sun rises,” Deputy Minister Son said in his opening address, repeating a well-known Vietnamese saying.

The deputy minister expressed his pleasure at welcoming delegates again to the last and most important SOM meeting in Da Nang.

Son said the two-day event would focus on two key objectives: reviewing the progress made in realizing APEC’s vision for this year and finalizing the APEC Business Advisory Council (ABAC) Declaration and the APEC Ministerial Meeting Statement.

Held in conjunction with the CSOM is the APEC ‘Voices of the Future’ forum and the ABAC meeting.

The 'Voices of the Future' forum is a platform for youth voices at the annual APEC summit, and takes place from November 5 to 11, while the ABAC meeting is scheduled to wrap up today.

The Economic Leaders’ Week, the culmination of Vietnam’s year-long hosting of APEC meetings, is on from November 6 to 11 in Da Nang, and is expected to be attended by some 12,000-14,000 delegates from the 21 member economies.

He will also chair the ABAC Dialogue with APEC Economic Leaders, and the APEC - ASEAN Informal Dialogue on November 10 - 11.

In addition, President Quang will deliver a keynote speech at the APEC CEO Summit, held from November 8 - 10.

The president's spouse, Nguyen Thi Hien, will host the Leaders Spouse Program in Hoi An, Quang Nam and Da Nang on November 11.

The Vietnam Business Summit, where Vietnamese Prime Minister Nguyen Xuan Phuc is expected to deliver an address, will be held on November 7.

A river bus pilot program is expected to last one month

A series of violations have been detected at two major resorts in central Vietnam, exposing the responsibility of the project developer and local authorities