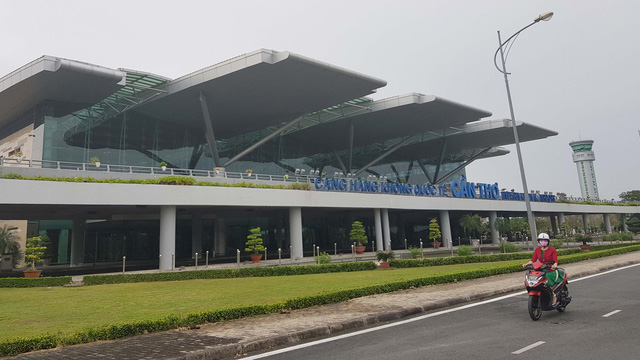 Industry insiders have warned that using state money to provide subsidies for empty seats on flights to and from unpopular airports, a scheme widely adapted in provinces across Vietnam, is not a viable policy.

The alarm was raised after the administration of Can Tho, the economic hub of the Mekong Delta in southern Vietnam, proposed setting aside VND8 billion (US$352,423) a year as subsidy to airlines flying to and from the city’s international airport.

The move is intended to encourage carriers to open new routes to the Can Tho International Airport, which continues to operate well below capacity seven years after its inauguration.

The airport is expected to serve just over 600,000 passengers by the end of 2017, less than 20 percent of its design capacity of up to five million passengers a year.

What worries experts is that many other provinces have been, or in several cases still are, applying similar subsidies to encourage airlines to keep routes to their local airports open.

The north-central province of Quang Binh, home to Dong Hoi Airport, is currently subsidizing services to Cat Bi Airport in the northern city of Hai Phong and Thailand’s Chiang Mai.

The subsidy to the Dong Hoi-Cat Bi route, operated by Jetstar Pacific, is VND5 billion ($220,264) a year, while the grant for the Chiang Mai service is undisclosed.

In 2016, the administration of the central province of Thua Thien – Hue offered subsidies worth VND10 million ($440) a month to all flights to its Phu Bai Airport, under the condition that the carriers offered at least two flights per month.

In late September last year, the Hai Phong administration also began subsiding new flights, both domestic and international, to its Cat Bi Airport. Recipients of the subsidy have been airlines that have committed to operating at least three flights a week to and from Cat Bi for at least three years.

Despite the subsidies, airlines remain cautious when planning new services to unpopular airports as the support from local authorities is not enough to cover their expenses.

For instance, few airlines operate flights to Can Tho due to low demand, given that the airport is only 180 kilometers away from the busy Tan Son Nhat International terminal in Ho Chi Minh City.

The administration of Lam Dong Province has recently offered to subsidize a local airline if it agrees to open a new route to connect the provincial capital of Da Lat and Can Tho.

However, the carrier is unsure, as the subsidy may fail to offset potential losses, one of its officials told Tuoi Tre (Youth) newspaper on Tuesday.

Similarly, low-cost carrier Vietjet, which operates two flights daily between Hanoi and Can Tho, and one daily flight from Da Nang to Can Tho, said the subsidies are not enough to make up for the expense of opening and maintaining the two routes.

Commenting on the proposed subsidy plan Associate Professor To Trung Thanh, from the National Economics University, said the policy may work in the short term but it cannot be sustained.

“Can Tho does not have any competitive tourism products compared to other locations in the region, and the city is already easily accessed via expressways,” he explained.

In addition, a new international airport has been planned for construction in Dong Nai Province, which is only 50km away from Tan Son Nhat. Once this new facility is inaugurated, the number of passengers choosing to fly to Can Tho will decrease significantly, Thanh said.

“An airline will open a new route of its own volition if it finds that the service will be viable, without waiting for a subsidy,” he said.

Tong added that the policy may lead to a scenario whereby airlines will stop flying if the financial support stops.

“In the long term, the plan will put more pressure on our state budget, which should be used to invest in education or healthcare.”