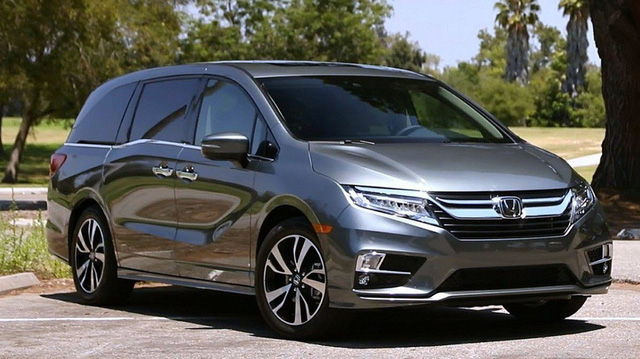 Automakers Honda and Nissan have announced a recall of thousands of vehicles in total in Vietnam to fix faults found in their cars’ wing mirrors and airbags.

The Vietnam Register, which is in charge of car registration and inspection, has approved Honda Vietnam’s request to recall hundreds of its Odyssey minivans and Accord sedans due to errors with the vehicles’ wing mirror.

Specifically, those who own a Honda Odyssey manufactured between 2015 and 2017 or a Honda Accord produced between 2012 and 2015 are encouraged to bring their vehicle to an official Honda garage for examination and repair of the wing mirror control.

According to Honda, around 652 vehicles of the two models in Vietnam are subject to a fault with the wing mirror control, which can cause the mirror to fold inward while the car is on the move, or fail to respond when the control button is pressed.

The problem is reportedly caused by the oxidation of the contact surfaces of the mirror control, which can be fixed in less than 12 minutes, according to Honda Vietnam.

Honda owners can bring their vehicles in at any time between December 25, 2017 and December 24, 2018 to have the issue checked and fixed free of charge.

Meanwhile, Nissan Vietnam has also announced a recall of 3,073 Nissan Navara LE’s and XE’s manufactured between September 20, 2010 and December 1, 2014 due to faults with the cars’ passenger seat airbags.

The pick-ups can be brought in for a check and have the airbags replaced for free during a one-year period starting December 20, 2017.