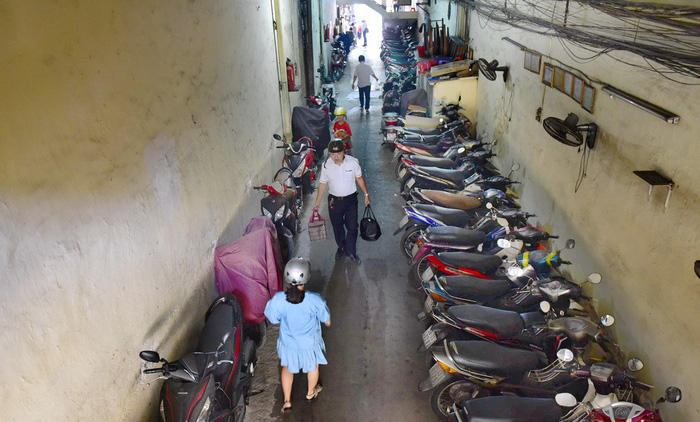 ​Multiple high-rises cited for negligence in fire prevention in Vietnam

A recent deadly fire yields greater focus on the issue

Dwellers in a number of apartment buildings in major Vietnamese cities have been plagued by worries about fire prevention problems, especially in the aftermath of a fire inside the Carina Plaza apartment complex which killed 13 tenants this month.

In the Carina Plaza apartment complex in Ho Chi Minh City, the automatic fire warning system was operated by faulty programs, many segments of its cables broke, alarm bells failed to ring, and several electric water pumps used in the fire emergency died, according to a check by a fire prevention company in January.

The BMM apartment complex in Hanoi is also known for its notorious track record of a lax attitude toward fire danger.

Residents had lived here for nearly two years since 2014 without knowing that the building was not following fire safety regulations.

In June 2016, the building’s investors were required by the government to correct the situation, along with being handed a VND80 million (US$3,505) fine after refusing to deliver on their promise in December 2016.

Local authorities have latterly halted the complex’s operation for one month to force its investors to correct the problem.

The punishment was also imposed on the SDU apartment building in Ha Dong District, Hanoi, which had been listed amongst residential high-rises as unfit for human habitation due to fire hazards.

“Alarm bells were once ringing loudly late into the night while there wasn’t any fire or anyone turning them on,” said Nguyen Sy Nam, a resident of the luxurious TNR Gold Silk Complex in Ha Dong District, Hanoi.

“The technicians who checked the system blamed people walking along the apartment corridor, claiming dust from their walking gathered in the alarm device and prompted the false signal.”

Many of the 400 residents in the Golden West apartment building in Hanoi’s Thanh Xuan District gathered for a public protest to expose the unfinished fire system at this building on Tuesday.

They also pointed out that its fire hydrants contained no water, and the electric water pumps failed to work.

Danger also lurks when one attempts to escape from a high rise in case of an urgent incident.

The stairs of the emergency exit on several floors at the apartment building located at 283 Le Quang Dinh Street in Ho Chi Minh City have no tiles, leaving bare iron wires protruding from the surface; whilst the exit door of the top story is locked.

The apartment complex at 14 Nguyen Thi Nghia Street in the metropolis has one stairs-based emergency exit route, but enjoys a spider web of overhanging electric wires.

A small-scale fire caused by the contact of damaged electric wires occurred on the façade of the building, said Nguyen Thi Huong, one of the tenants.