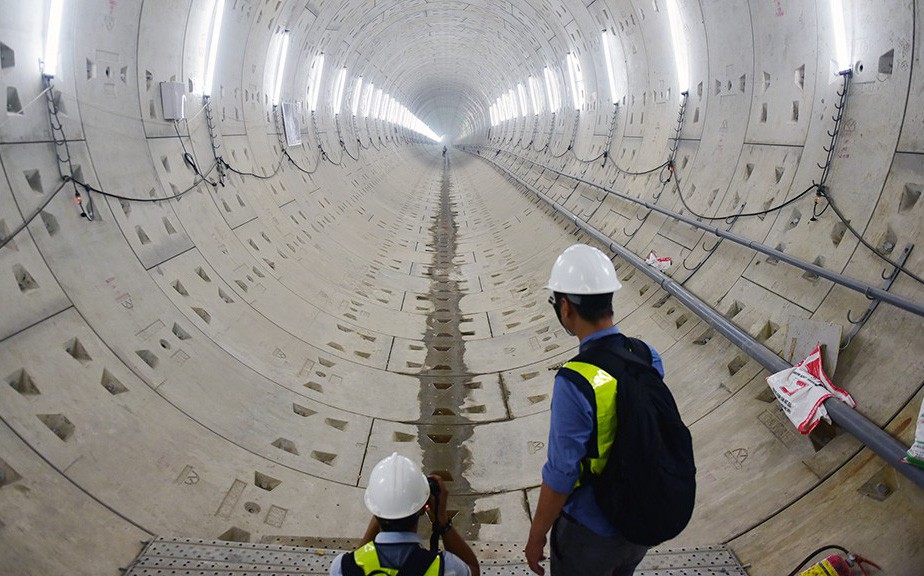 Authorities in Ho Chi Minh have announced their proposal to develop underground urban areas at three major locations across the metropolis.

The underground spaces are expected to be constructed under the downtown area, which is about 930 hectares, Tan Son Nhat International Airport, and Thu Thiem New Urban Area, Nguyen Thanh Nha, director of the municipal Department of Planning and Architecture, said during a meeting on Thursday.

Detailed plans will first be set up for the 930-hectare downtown area and the Thu Thiem zone, Nha continued.

According to the proposed scheme, the underground space is divided into five layers depending on depth.

The city’s technical infrastructure is situated on the first layer, which is from 0.5 to 3.5 meters beneath the surface.

Public constructions and trade and service centers will also be built on the first as well as the second layer, which is from 3.5 to 10 meters deep.

The third level, between 10 and 25 meters underneath, will be reserved for parking basements.

Competent agencies will evaluate the geological and hydrological features, conditions of the constructions above the ground, and define the boundaries to prepare for the establishment of these underground areas.

Along with the development of the metro system as well as multiple constructions beneath the ground, the management, connection, and exploitation of underground areas across the city have become more important than ever, according to the Department of Planning and Architecture.

One of the challenges the plan is facing is that data regarding the use of underground spaces, especially technical infrastructure, is being scattered across multiple agencies, said Vo Kim Cuong, a local architect.

Information regarding these types of technical infrastructure should be kept in one place, experts advised.

In addition, development plans of underground areas must be in sync with those of areas above the ground, said Le Hong Quang, deputy director of the city’s Urban Planning Institute.