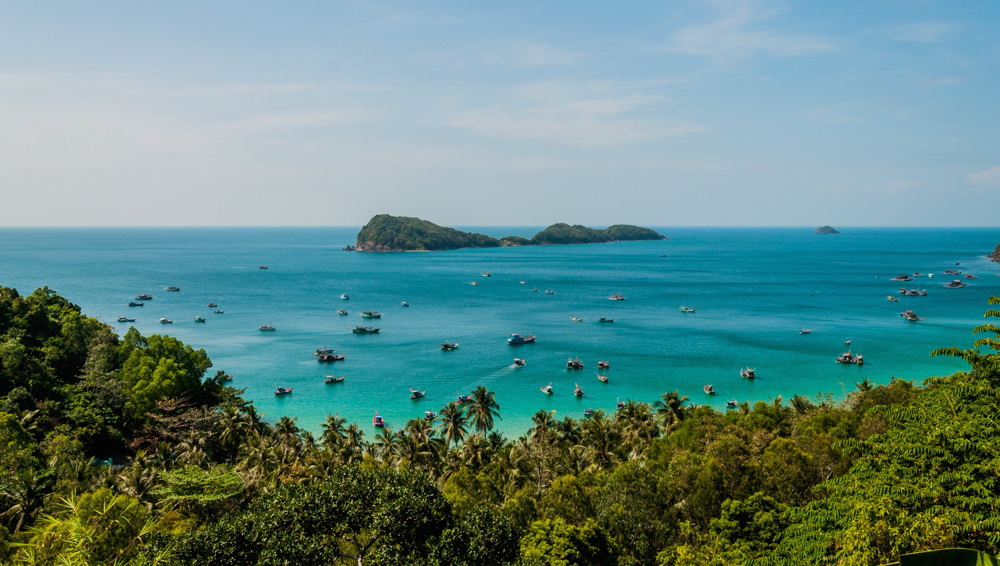 Officially, foreigners have always been able to visit the Nam Du Archipelago, a relatively unheralded set of islands off the southern coast of Vietnam. However, as discussed on one of the world’s most popular travel sites, getting there has not always been that easy

A little over twelve months ago, a journalistic cohort of mine shed light on a quandary that had emerged on TripAdvisor. A thread, dated April 6, 2016 had caught his attention; it was called, ‘Nam Du Island Ferry “Sold Out” Forever.’

In it, the original poster – username: ‘sampears0n’ from Dublin, Ireland – expressed his dismay at being told that ferries to Nam Du, which board from the Mekong Delta port town of Rach Gia, were off-limits to foreigners, or more vaguely; ‘sold out forever.’ Perplexed, Sam had not been alone, and several others chimed in online to share their frustration.

Unfortunately, unaware to anyone not keeping track of Vietnamese maritime boundary law, it had come to pass that without the express consent of local police, nor the presence of a non-foreigner, international guests were being refused ferry tickets to get to these tropical paradise islands.

Situated in the Gulf of Thailand, just 70km southeast of Phu Quoc, the 21 islands and islets of the Nam Du Archipelago, in Kien Giang Province, have remained largely untouched; sometimes referred to as a ‘mini Ha Long Bay of the south.’

As the disgruntled writer correctly pointed out in his article, (he had attempted to reach the islands himself without success) the restriction was down to the government decree that had been published on September 3rd, 2015; number 71/2015/ND-CP to be exact.

This was the reality that had confronted more than a few foreign travellers, and setting aside rumors of exactly why Nam Du had been reclassified as an important maritime boundary area, (one TripAdvisor user suggested a crackdown on the potential harboring of Interpol-famous celebrities) in short, the rule amounted to some heavy bureaucratic lifting.

Some quoted two or three-day waits in Rach Gia, uncertain telephone calls and confusing interactions with local officials. ‘Fixers’ were said to be available to help you, although even this seemed to offer no guarantee.

Better perhaps, as was suggested by others in the thread, to cut your losses, get the next bus to Ha Tien and follow the herd to Phu Quoc. No ‘sold out’ signs there.

Whatever the official reasons, they are now of little consequence, because fast-forward to just over one year since the writer’s very reasonable gripe was published, and I can confirm that he and anyone else reading this can rejoice:

Foreigners can now buy ferry tickets to Nam Du without having to obtain an official permit.

The pictures between these words are my proof of four days of post-Tet relaxation spent in what can only be described as a very beautiful, tranquil part of the world. What’s more, all I had to do was send the ferry company a picture of my really quite handy Australian passport face page to make it happen. Sometimes timing is everything.

Not to rob you of the detail, the new law was actually put into effect as far back as December 29th, 2017, when the Chairman of the Kien Giang People’s Committee issued Decision No. 2931/QB-UBND, which finally gave the sea, island and border areas near Nam Du official tourism status.

As a direct result, now when you arrive at the island’s main port of Bai Chet, free from the hassle of requiring any kind of permit, there’s one of those large red signs with an all-capped yellow font to greet you. It reads, ‘Khu Du Lich Quan Dao Nam Du’, which means ‘Nam Du Tourist Destination’- clear recognition of the fundamental shift in the island’s status.

For the record, included in the decision is the nearby Lai Son Island, where ferries will drop you off on the way to Nam Du, as well as the Hai Tac islands, which literally means ‘pirate’.

All of them offer idyllic beach landscapes, amazing sunsets, fresh seafood and plenty of opportunities to do very little. What they do not have yet is anywhere near the required level of infrastructure to develop the kind of tourism now very evident on Phu Quoc.

The overall result is a step back in time for foreigners used to a certain level of luxury, but do not let this trick you into thinking you will be alone; the restriction has never applied to the Vietnamese.

Under the new conditions, big budget resorts may only be a matter of time, and for those with an eye for opportunity, it may be an amber light.

At the very least, it seems the authorities are ready to listen to suggestions, including to those of the locals I spoke to, who had welcomed their newfound tourism status with open arms.

Either way, whether you’re a ‘ground-floor’ investor or just looking for a few magical days away, I present to you again the Nam Du Archipelago; a location previously described by the original, unnamed writer as­­­ ‘the most beautiful islands in Vietnam you can’t visit.’ Now you definitely can.