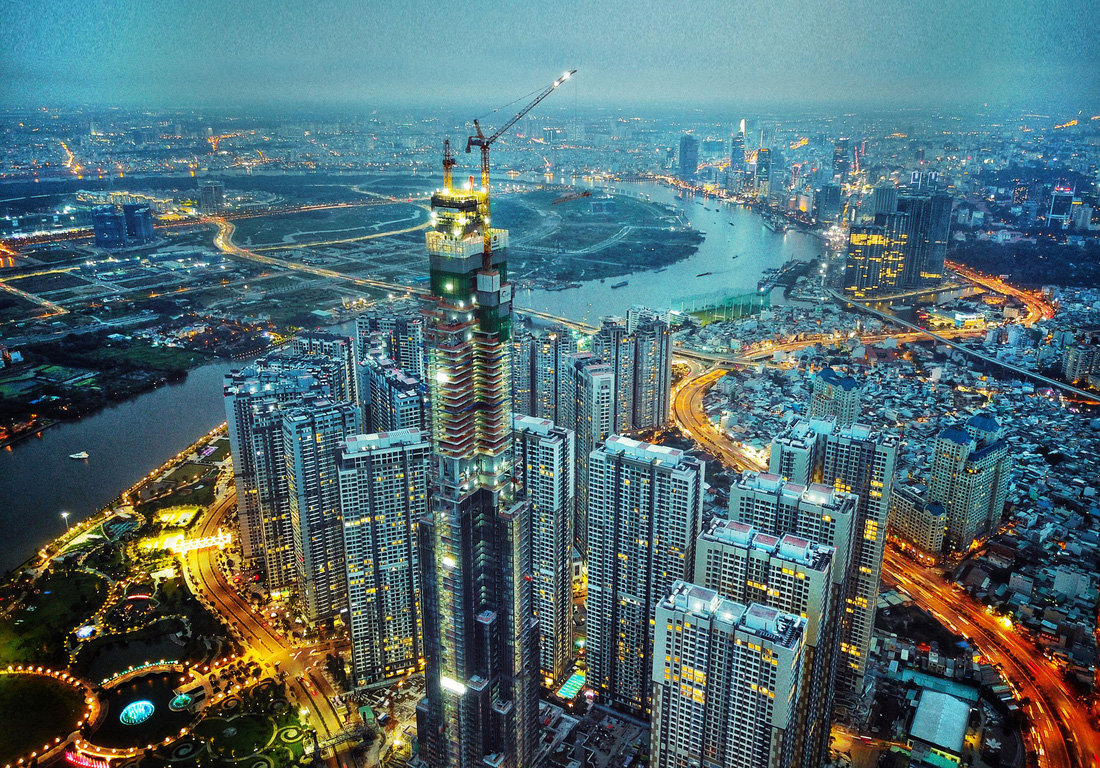 1. Which is the tallest building in the 10-nation ASEAN (Association of Southeast Asian Nations) group?

2. Where is the longest cable car in the world that operates over the sea?

3. Where is the longest cable car in the world that operates over land?

4. Where is the longest 3-rope cable car in the world?

The answers may surprise you, but then again they may not:

2. The longest cable car that operates over the sea at almost 8 kilometers in length runs between An Thoi and Hon Thom on Phu Quoc Island, Vietnam.

3. The longest cable car in the world that operates over land is over 5 kilometers in length at Bana Hills in Da Nang.

4. The longest 3-reope cable car in the world at over 6 kilometers in length connects Fansipan and Sa Pa in Vietnam.

Bana Hills has been around for quite a few years but the other three are very recent achievements and there are many more to list.

Aside from an obvious passion for cable cars in different formats, what’s this little quiz tell us about Vietnam? When friends visit Vietnam from abroad one of the first comments they make is how busy it is – things move at breakneck speed and people are hustling to progress.

Even in provincial areas locals are on the “go” making a living, getting ahead.

Not a moment is wasted even on casual shopping transactions in shops. The customer requests the needed goods, money changes hands, and whoosh, the customer buzzes off to the next destination, and the owner to the next customer.

No standing around chit-chatting similar to what we see in many developing countries.

You’ll need four eyes sometimes as motorbikes are up on the sidewalk going the wrong way on a one-way street to save time (pedestrians gracefully step aside to avoid getting squashed) with other bikes plodding along completely loaded with the contents of entire street food stalls and products precariously piled high.  Make two trips? Never! Time (and fuel) would be wasted so that won’t do.

When you walk into a restaurant someone is usually ready to serve you. Ask for something once and you get it, not blank stares. Walk into a bank and it’s the picture of efficiency. If your Vietnamese language skills are substandard people will make an effort to reach out until they understand what you need.

And, there is little room for doubt, my Vietnamese language skills are definitely not what they could be. Otherwise, you can rest assured you’ll get the very best of everyone’s English, be it 50 or 500 words. No effort is spared.

I routinely make the rounds of several of Vietnam’s ASEAN neighboring countries and I never feel the same high level of energy, the same vibe, or sense of urgency. Not even close – in fact most of them are downright sleepy compared to Vietnam.

Relative to its ASEAN counterparts, Vietnam started quite late to develop, really only gaining traction in the new millennium. It’s taken a lot of time to shake the old and outdated stereotype of an inefficient country (thus less attractive for investment) and be accepted as an ambitious newcomer.

There still is some catching up to do but we can see how Vietnam’s per capita GDP growing much faster than most ASEAN neighbors over the past decade and has almost exactly doubled during that time span.

The average Vietnamese has double the income of 10 years ago. If that doesn’t motivate, nothing will! So why is Vietnam in such a hurry?

Simple, the Vietnamese are busy playing “catch-up.” A lot of time has been lost on wars and incursions over the past century so now everybody is in top gear to make it over the hump and join the more developed group.

Vietnamese people can see the progress in neighboring countries that have enjoyed peace for the most part so they want a chunk of the pie.

We feel progress all around us in Vietnam. Many people are prospering – new and improved homes and businesses, fewer bicycles, a lot slicker new motorbikes, and some very nice cars on the road all the time. The free market is booming, foreign and domestic investment going right through the roof.

The crowning achievement will be the new Landmark 81 skyscraper mentioned above which clearly makes a statement about where Vietnam wants to be in relation to its ASEAN partners.

Incidentally, the “topping out” ceremony as Landmark 81 hit its maximum height of 462 meters took place 1.5 months ahead of schedule.

Last year in Da Nang a new tunnel was needed to keep traffic flowing at a major intersection. The authorities didn’t wait until it became overly congested to act. Within seven months the front eight meters of all the buildings on one side of a huge city block were removed, the road widened on both sides, the tunnel dug, then opened for traffic including access roads parallel to it.  By any standard that’s an amazing pace.

Also last year in Da Nang, the new international terminal was opened several years ahead of schedule – admittedly the APEC conference was a motivator. Still, whoever heard of an airport terminal opening early?

In Da Lat the entire main street in the elevated old part of the city has been refurbished over the last year, one building at a time. Dozens of older shops were torn down to be replaced by slick new tea shops, clothing stores, and new hotels.

That includes 22 of 39 buildings on the large block where I stay which have been renovated, now that’s action! I was shocked at the brusque activity so I stopped and counted them. And many more shops have been renovated along the street with other renovations underway as well.

This is wonderful and demonstrable progress, but just one thing is missing on that slick new main street: customers.

They’ll come with time of course, both domestic and international tourism are growing at explosive rates, so these shops are good long-term investments.

But maybe there’s another message too about not always having to approach everything with great urgency, especially if on average everyone is making double what they were a decade ago?

Maybe we need to make sure we don’t go too fast. As the old saying goes, “Let’s take the time to smell the roses along the way……”