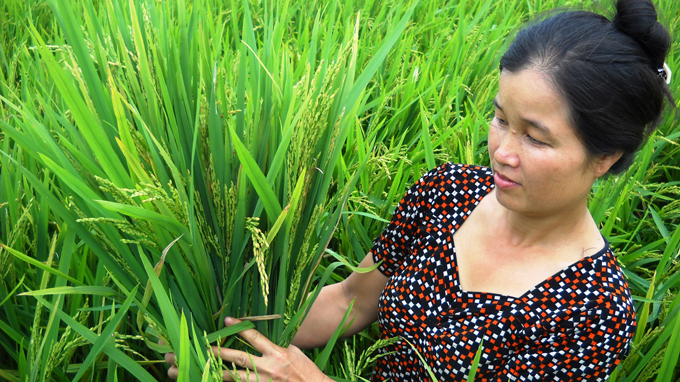 A group of farmers in the northern province of Thanh Hoa are unhappy as their rice crops grown with BC15 seeds remain green and refuse to produce seeds, while those who used other seed types are busily harvesting.

There are some 600 hectares of paddy field grown with BC15 seeds across 29 communes and towns in Yen Dinh District, according to Luu Vu Lam, deputy chairman of the district’s local government.

“Nearly 300 hectares of these are affected by the phenomenon, with 70 percent of crops becoming seedless,” he said.

The remaining crops only managed to produce up to 40 percent of what was expected, he added.

The phenomenon might be caused by the foul weather in the area, according to an officer at the provincial agriculture department.

At times temperatures in mid-April were below 18 degrees Celsius, which prevented the plants from producing seeds, he said.

The department has invited experts to the locality to research the issue, but there is no final conclusion yet, Lam added.