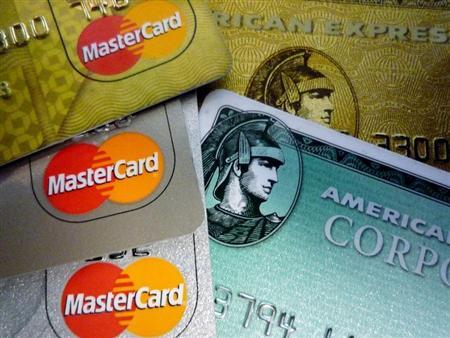 Total non-performing loans (NPLs) in local credit card debt have amounted to some VND2 trillion ($96 million), nearly doubling that in 2012, said a high-ranking official of the State Bank of Vietnam.

As of last year, the total NPLs in credit card debt were over VND1 trillion, said Nguyen Hoang Minh, deputy director of the Ho Chi Minh City branch of SBV.

It is really an alarming rate, a 100 percent rise, and the speed is increasing rapidly, though in absolute number, it has just risen by some VND1 trillion ($48 million), he told the national broadcaster Vietnam Television.

The NPLs in local credit card debt is equal to 1 percent of the country’s total bad debt, he said.

Some 20 million credit cards have been issued in HCMC alone, or 2-3 cards for each cardholder averagely.

When the economy slipped into a slowdown as it did in 2012 and in the first half of this year, bad debt soared, along with the bad debt from credit cards.

“The use of credit card will be suspended if the customer fails to repay the minimum payment for 2 consecutive monthly announcements in account statement from the bank,” said a message sent to customers using the bank card.

Le Thanh Trung, Deputy General Director of HD Bank, told VTV that he thought that the current economic context has an impact on consumer loans in the form of credit card debt repayment. The customer’s solvency gets worse because their income is reduced.

Given the fact that many credit cards having offered credit limits from tens of millions to hundreds of millions, sometimes up to billions of dong, the race to issue credit cards between local banks in the past has led to the bitter reality.

The race has made many banks turned a blind eye to some mandatory conditions in financial viability for customers.

As a result, in such a current difficult time, many customers have chosen to withdraw the money directly from their credit card accounts to pay the wages of their employees and repay the interests of their bank loans to the loss of 6-7 percent of annual interest rate payment for cash withdrawal to the issuing banks.