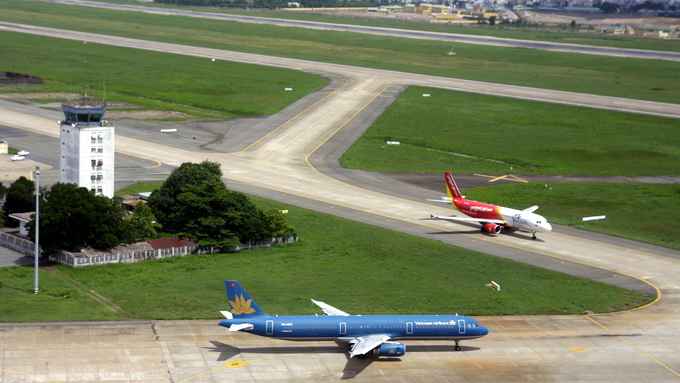 Ho Chi Minh City’s Tan Son Nhat International Airport put Tuesday one of its runways back into use after a four-month suspension for repairs, and inaugurated a new air traffic control tower.

In late February, the Airports Corporation of Vietnam (ACV) announced the closure of runway 25R/07L, and expected it to resume operations in August.

However, the repairs were completed two months ahead of schedule since all workers have tried their best, the company said.

The runway suspension has reduced the number of flights handled by the airport from 32 per hour to 22 per hour, while forcing the re-arrangement of thousands of domestic flights.

Upon the closure announcement in February, local airliners said they would have to re-schedule more than 1,100 flights on domestic routes, including those for tours over the summer.

The 70-meter tower broke ground in December 2009, and is located between the domestic and international terminals 500 meters away from the runway. The total investment was VND400 billion, or US$19.02 million.