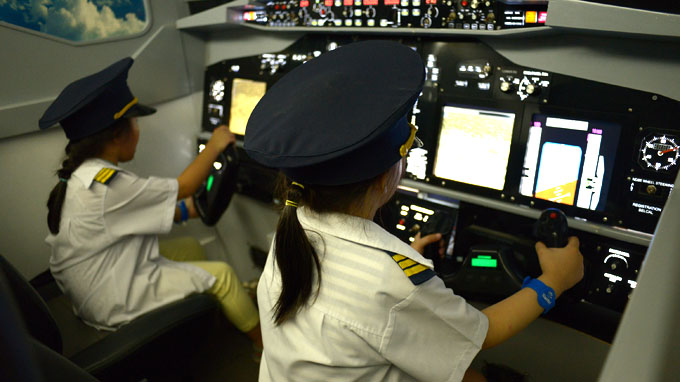 Vietnam is a promising land for operators of entertaining zones and playgrounds for kids, with market value estimated at US$700 million a year and imminent growth potential.

Investors said setting up a children’s playground inside supermarkets and shopping malls is the best choice as it meets the demands of both parents and kids: they can shop, dine, and play all at the same time.

Hence, after Co.op Mart has renovated 60 of its supermarkets, TiniWorld will be given space at 10 facilities, a company representative said.

Another investor revealed that most playground operators target schools citywide to seek customers.

The businesses deliver their leaflets and promotional brochures to the students, who spread the news among themselves.

“A kid will tell his friends about his trip to the playground, and so on. Finally, the whole school will go there,” he said.

Nlink said its network of 20 TiniWorld facilities receives 100,000 customers on a monthly basis. Tickets cost VND60,000 per child and VND10,000 for each accompanying adult.

Meanwhile, KizCiti, a career-oriented playground based in District 4, welcomes no fewer than 1,000 children aged 3 to 15 every day.

The children come to attend learn-and-play activities covering more than 30 careers, including working in business, engineering, modeling, farming, and athletics.

The system has even recorded a case in which one child came and played at KizCiti 80 times in 2012, according to CEO Le Quang Hung.

Figures from the General Statistics Department show that there are some 20 million children who are under 15 countrywide, 1.7 million in HCMC. All are potential customers for the playground operators.

Hung of KizCiti said they entertained 200,000 customers in 2012, at least 50,000 of whom were loyal customers who frequented the facility.

“This is less than 5 percent of the total number of kids in the city,” he said.

With admission costing VND180,000 per kid during weekdays and VND220,000 on weekends, it is estimated that KizCiti rakes in some VND7 billion every month from ticket sales alone.