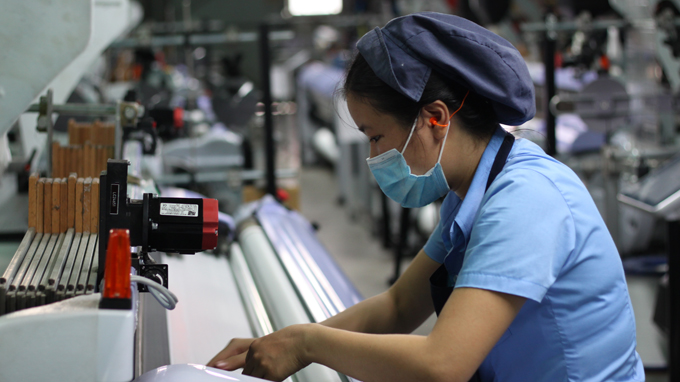 The newly-registered and added investment from foreign businesses to Vietnamese projects in the year to October topped a record US$19.23 billion, the Foreign Investment Agency reported Friday.

This is a 65.5 percent increase from a year earlier, the agency said.

As of October 20, 1,050 new projects have obtained the investment license, with a combined registered capital of $13.07 billion, up by 79% compared to the same period last year.

Meanwhile, 393 existing FDI projects in the country have announced plans to increase investment by a total of $6.15 billion, a 42.5 percent year-on-year increase.

FDI businesses have poured money into 18 sectors and industries in the first ten months of this year, according to FIA.

The manufacturing and processing industry attracted the most number of investors with 494 newly-registered projects. FDI attraction from the sector reached $14.923 billion, accounting for 77.6 percent of the total figure.

The FDI inflows came from 52 nations and territories, with Japan remaining the largest investor. New and additional investment from Japan in ten month was $4.84 billion, accounting for 25.2 percent of the total figure.

Northern Thai Nguyen Province unexpectedly became the locality to attract the most FDI in ten months -- $3.4 billion. Thanh Hoa, with the $2.8 billion Nghi Son Refinery megaproject, came at the second post with $2.9 billion, followed by Binh Thuan with $2.03 billion.

FDI disbursement also posted positive results, with foreign projects countrywide disbursing a total of $9.58 billion, up by 6.4 percent from a year earlier.