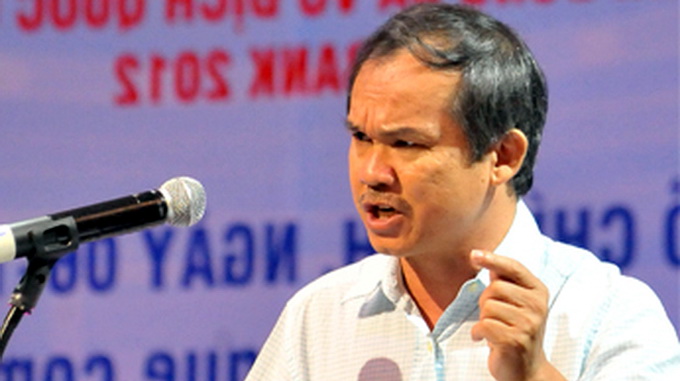 While the $180 million unsold property stock of HAGL weighed down its business, revenues from the selling of a hydropower plant as well as sugar processed in Laos helped HAGL rake in over $100 million.

But the total value of the property inventory fell by VND418 billion, or 10 percent, compared with earlier this year, according to HAGL quarterly financial report.

During the period, total revenue of the firm reached more than VND2 trillion, dropping almost 43 percent over the same period last year.

In particular, revenue from the sale of sugar accounted for the highest proportion with over 30 percent, while apartment sales plummeted over 15 times and only brought in some VND174 billion.

However, by the end of the third quarter, after-tax corporate profits reached VND693 billion, up 110 percent compared to the same period last year.

As of September 30, HAGL has current liabilities of VND7.245 trillion, equivalent to 56 percent of its equity. It has about VND1.730 trillion in cash and cash equivalent, down 30 percent compared with that earlier this year.

Recently, the group has enabled An Phu Investment Real Estate Corporation to stand as an independent unit, specializing in selling realty projects of HAGL to improve the debt situation.

In August of this year, HAGL boss Doan Nguyen Duc also announced a restructuring plan in which it will divest from the hydropower and real estate sector to shift its focus on Myanmar.

“The company has so far sold six hydropower plants, and will continue to sell more or divest from them,” chairman Doan Nguyen Duc said.

HAGL will also gradually withdraw from the mineral sector, and sell shares to employees of its wood and stone processing subsidiaries, he added.

As for the realty market, the Hoang Anh Housing Development and Construction Co, a member of HAGL, will only maintain several selected projects, the chairman said.

From now to 2015, HAGL will only focus on two main industries: agriculture (growing rubber, sugarcane, and palm oil), and real-estate development, according to the reform plan.

In early June this year, HAGL broke ground on its latest project in Myanmar, the US$440 million Hoang Anh Gia Lai Myanmar Center, in a prime position in downtown Yangon city, spanning more than eight hectares.

Construction will be divided into two phases, with the first stage intended to establish a commercial center, a five-star hotel with 480 rooms, and a 27-story office building for lease, from 2013 to 2014.

The second phase, expected to reach completion in 2016, will set up four building blocks consisting of 1,800 apartments and another office building, with both facilities spanning nearly 64,000 square meters.