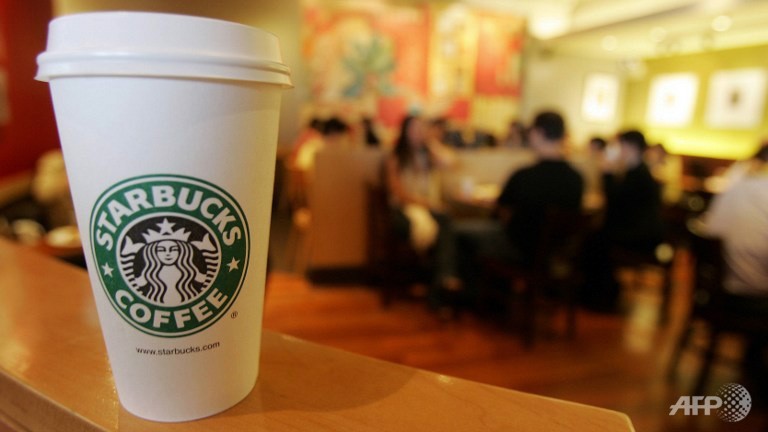 No ‘azodicarbonamide’ in pastries in Vietnam store: Starbucks VN

No additive ‘azodicarbonamide’ is used in the making of food sold in Starbucks’ store in Vietnam, said Starbucks Vietnam spokesperson.

However, the additive, which is often used in the manufacturing of  foamed plastics like yoga mats and the sneakers’ soles, is used in the making of “some food products currently sold in Starbucks stores in the region,” said Tran Anh Nguyen Chi, who is in charge of marketing of Starbucks Vietnam.

“And this [the use of azodicarbonamide] varies from region to region,” she added.

Local media has reported that Vietnamese consumers are worried over information that Starbucks coffee chain in China has admitted to having used additive ‘azodicarbonamide’ in the production process of its food products in the country.

On Monday, Chinese newspaper Global Times said Starbucks sent an e-mail stating that some pastries sold in its China stores contain wheat flour with the additive, which is fully compliant with local food safety regulations in China.

The e-mail pointed out that azodicarbonamide is an approved food additive for pastry production according to GB2760 China Food Additive Standard, the newspaper reported.

“Starbucks made the announcement after foreign media reported that US consumers have been protesting fast-food restaurant Subway’s use of the chemical to enhance bread’s elasticity, but which poses a potential health hazard,” Global Times said.

Azodicarbonamide is not a harmful chemical, but when being baked at high temperature, it can release a chemical substance that causes cancer, according to many Chinese newspapers.

Therefore, in many countries such as US, Brazil, Canada and China, the chemical is allowed in food processing, but under very strict monitoring. Under the regulations in those countries, azodicarbonamide concentrations used in food shall not exceed 0.0045 % per kg.

However, Singapore, Australia, Japan and the EU have banned the use of this substance in food processing “a long time ago due to its potential hazards”, Global Times reported.

Not only Starbucks, fast food chain Subway has also admitted to using additives in their bread products in the North American market. However, facing the harsh condemnation of the international media, they had to stop using substances.

Chinese newswire China Times said its sources in the medical sector said the chemical could destroy vitamins in flours, affecting the absorption of calcium in the human body and could also damage vital organs leading to cancer.

A report WHO published in 1999 said the chemical could induce asthma, it said.

“The issue of the food additive came to public attention after restaurant chain Subway was found using it in its bread in the United States. CNN subsequently reported that it has also been used widely in bread at McDonald's, Starbucks and Burger King,” the Chinese newswire said.

Vietnam currently has 3 Starbucks stores in Ho Chi Minh City, and is in the final stage of preparing to launch its Hanoi store in the second quarter of 2014.