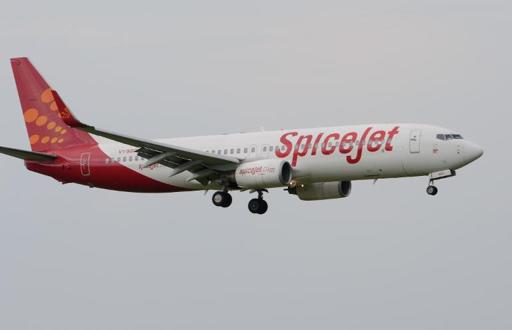 India's SpiceJet placed an order worth $4.4 billion for 42 737 MAX Boeing jets Wednesday, sending the airline's shares soaring on hopes the deal would make the loss-making carrier more attractive to investors.

Shares of budget airline SpiceJet rocketed by nearly 7.5 percent after it signed the memorandum of understanding with Boeing at an air show in the southern city of Hyderabad.

The 737 MAX "will further modernise our fleet, improve customer experience and ensure we operate the most efficient fleet well into the future," S.L. Narayanan, chief financial officer of SpiceJet's parent Sun Group said in a statement.

The announcement is a boost for Boeing in India where many carriers, including market leader IndiGo, use planes made by Europe's biggest aerospace manufacturer Airbus.

Fourth-place SpiceJet has been battling to improve passenger share in a ferociously competitive market and its shares have been trading at multi-year lows.

"The rise in SpiceJet (shares) is comforting" as "it has been down so much", Churiwala Securities' managing director Alok Churiwala told AFP.

But big questions remained about how SpiceJet would fund the purchase as well as how it will fare with entry of rivals such as no-frills AirAsia expected later this year, Churiwala added.

India's aviation market has been reeling from high fuel costs and an economy that grew at a decade low of 4.5 percent last year.

But experts see tremendous longer-term potential as the number of people taking flights in India is still very low compared with developed markets.

SpiceJet has been named by analysts as a potential investment target after India's government eased airline foreign ownership barriers in 2012 and the jet purchase is seen as possibly enhancing its appeal.

"SpiceJet has reportedly signed a terms (of investment) sheet with a UAE‐ based investor. However, the ongoing challenges in the market may make it difficult to close this deal," said CAPA.

Low-cost carriers, including IndiGo, SpiceJet and Go Air dominate with a near 65-percent market share.

Keskar added the 737 Max's development is on schedule with the first flight slated for 2016 and deliveries to begin in 2017.

The jets have a list price of $4.4 billion but normally airlines get big discounts on bulk orders and SpiceJet gave no pricing details.

SpiceJet currently has close to 60 planes and runs 350 flights a day.

The SpiceJet order is expected to be one of many in 2014. CAPA has said it expects over 350 planes to be ordered by India's airlines by the end of 2015.

Airbus, which makes the competing A320neo planes, said Monday there would be "several announcements" at the Hyderabad show but did not say whether they would include Airbus orders.

The 737 MAX and the A320neos, which are smaller planes in the Boeing and Airbus range, are key to the companies' hopes of fending off competition from other planemakers from countries like Russia and China.