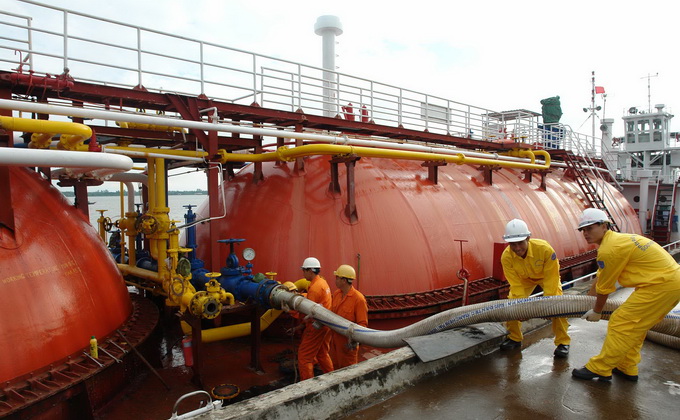 The outbound investment of state-run oil and gas behemoth PetroVietnam has reached US$2.6 billion, the company said Wednesday.

PetroVietnam is operating 17 overseas projects, mostly in the field of oil and gas exploration, Vu Van Nghiem, head of the management board of its outbound projects, told a media meeting in Hanoi.

These projects are calculated to add 170 million tonnes of oil equivalent to PetroVietnam’s reserves, Nghiem said.

The tonne of oil equivalent, or toe, is a unit of energy defined as the amount of energy released by burning one tonne of crude oil.

The state oil and gas giant has so far exploited only 5.4 million toes from the overseas projects, generating a total profit of $470 million against the $2.6 billion investment.

Also at the press meeting, Nguyen Quoc Thap, deputy general director of PetroVietnam, also confirmed that the company and U.S. oil and gas titan Exxon Mobil could collaborate to mine a new gas field off Vietnam’s central coast under a project reportedly worth $10 billion.

Thap said the Ca Voi Xanh (Blue Whale) gas field, located in the waters between Quang Ngai and Quang Nam Provinces in central Vietnam, is the largest of its kind ever found in the country.

The field is well within Vietnam’s continental shelf, he underscored.

All relevant stages of the project are being implemented, and the gas exploited from the field will fuel a power plant ashore, according to the PetroVietnam official.

Thap said the project has received support from top government officials, but there are still several challenges, including negotiations on gas selling prices.

“Under favorable conditions, it is hoped that the power plant can begin sourcing gas from Ca Voi Xanh by 2021,” he added.

Many PetroVietnam subsidiaries and affiliates are poised to go public under a government-ordered restructuring plan, to be executed at state-owned enterprises.

Binh Son Refinery and Petrochemical – the operator of the country’s sole refinery Dung Quat – Dung Quat Shipyard, and Ca Mau Fertilizer Co. will undergo a privatization process by 2015, while PetroVietnam Power and PetroVietnam Oil will go public after 2015, according to Nguyen Minh Hong, another deputy general director of PetroVietnam.

Hong also confirmed that PetroVietnam is in talks to sell a 49 percent stake in Dung Quat Refinery, located in Quang Ngai, to a Russian company.

The negotiation is hoped to finish late this year or 2015, Hong said.