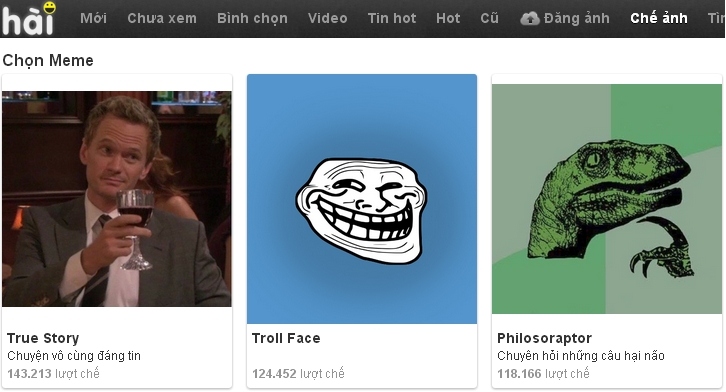 A Vietnamese social media website where users upload and share comical images and videos has been acquired by a major local online ad agency under a purported US$1.5 million deal, a local newswire reported Thursday.

Haivl (www.haivl.com), which takes California-based 9GAG as its operation model, was bought by 24h Online Advertising JSC, the operator of www.24h.com.vn, one of the top-visited websites in Vietnam, according to newswire VnExpress.

The deal was closed on Wednesday at VND33 billion (roughly $1.5 million), the Hanoi-based newswire said.

The acquisition has attracted special attention from the media and tech sector, as Haivl now has more than 4.4 million followers on Facebook.

Vo Thanh Quang, Haivl’s founder and admin, confirmed the deal to VnExpress, but refused to give more details as per the contract’s terms and conditions.

Quang, born in 1989, is an alumnus of Vietnam’s FPT University, which trains computer engineers and programmers.

The admin said he retains the administration at the website, whose workforce will not be merged with 24h.

“There are talented people behind Haivl and 24h will not intervene in their operations,” Tam was quoted by VnExpress as saying.

The online ad agency sees itself as a “major shareholder” that is willing to support Haivl for development, he added.

Acquiring Haivl is an apparent bid by the company to establish an online entertainment hub, according to local e-commerce experts.

Many other investors had earlier offered to purchase Haivl, but none accepted the price asked by APPVL Vietnam, according to a company representative.

Founded on May 7, 2012, Haivl receives hundreds of uploads of funny and troll pictures, videos or memes on a daily basis.

The website has recently opened many new sections, allowing users to share videos, links, or play chess or tic-tac-toe.